But if there's one thing that we can't stick it's eating dry, chewy turkey left-overs for weeks and weeks on end after the big day.

So this year we're contemplating stuffing the turkey and going to Burger King where they've cooked up their own 'Christmas menu' of sorts... and it's a turkey-free zone.

Cheers! 3 delicious ways to pimp your Prosecco for Christmas

END_OF_DOCUMENT_TOKEN_TO_BE_REPLACED

Instead of the usual Christmassy fayre that other places roll out year on year (cranberry saucing everything and some burnt-to-a-crisp pigs in blankets) they've gone for the cheese. Good old fashioned British cheddar cheese.

They've packed it into everything onto the limited edition menu that's out for the festive period, including three special new burgers and a side.

If we were going to be picky, we'd have liked them to have slapped a cheesecake on there for dessert. But beggars can't be choosers, as they say.

This is what we're dealing with...

It's like your classic Whopper burger but they've just cheesed it up real good. On top of your standard Whopper beef patty, there's a four cheese patty, cheddar cheese sauce and even a bright orange cheese-infused bun...along with cheese-free lettuce and tomato. 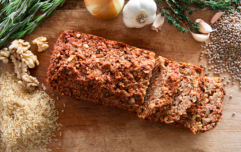 END_OF_DOCUMENT_TOKEN_TO_BE_REPLACED

If that Whopper shoehorned slightly too much cheese onto one burger for you, then this is probably a seven on the cheese scale.

It's got a chicken breast on there, that four cheese patty and a layer of cheese sauce alongside tomato, lettuce and mayo.

Christmas has come early here. It's got a thick Angus patty, a shit-ton of bacon, lashings of American cheese and some tangy BBQ sauce and crispy onions to finish it off.

If you can only hack your cheese in bite-sized chunks, there's no need to feel ashamed. They've given the nacho cheese bites a Cheddar twist.

popular
Irish mams are falling for the "nosey challenge" on TikTok and it's gas
This simple messy ponytail is everywhere and its effortlessly glam
The reason why Strictly Come Dancing's Pasha Kovalev left the show is actually really sad
Someone has ranked the penis size of men from all over the world
Why Are Men so Obsessed With Boobs? The Answer is Pretty Surprising...
From blonde to brunette - 6 things I wish I knew before going back to my roots
Here's what happens on every day of your menstrual cycle (roughly)
You may also like
1 week ago
Scandi Christmas magic: IKEA has given us a sneak peek at their Christmas 2021 collection
1 week ago
Penneys issues warning to customers as autumn/winter inventory delays expected
1 month ago
The Christmas shop at Brown Thomas is officially open
1 month ago
We finally have a release date for the Home Alone reboot
4 months ago
Lindsay Lohan returns to acting in new Netflix Christmas romcom
8 months ago
QUIZ: How well can you remember the movie Elf?
Next Page