They're also planning to melt down and recycle the old ones.

Burger King have vowed to remove all plastic toys from their kids meals in the UK.

The move comes as the fast food chain attempt to cut down on their plastic waste after two young sisters created a petition asking them to stop giving out the traditional toys. 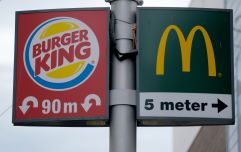 END_OF_DOCUMENT_TOKEN_TO_BE_REPLACED

Ella and Caitlin McEwan, aged nine and seven respectively, made the petition asking Burger King and McDonald's to reconsider their contribution to plastic waste.

They asked the chains to "think of the environment and stop giving plastic toys with their kids meals" - toys that children play with "for five minutes before they get thrown away and harm animals and pollute the sea."

"After we learned about the environment and pollution in school we wanted to do everything we could to help," they said.

"We put a poster up in the window of our house about saving the planet and we try and recycle as much as we can. But we want to do more, which is why we started this petition.

"It’s not enough to make recyclable plastic toys - big, rich companies shouldn’t be making toys out of plastic at all." 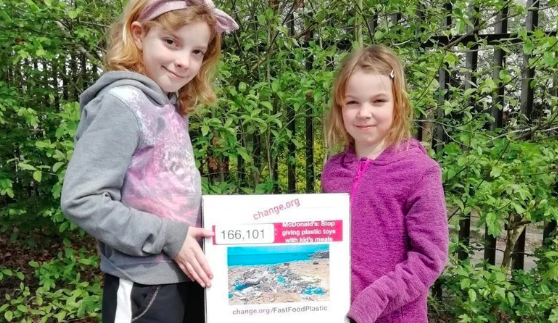 The petition, in which the sisters suggested that the toys could be made from sustainable materials rather than plastic, has received over half a million signatures. 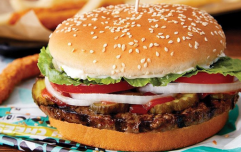 END_OF_DOCUMENT_TOKEN_TO_BE_REPLACED

Burger King announced today that they were indeed scrapping the plastic toys from their kids meals in Britain.

They will also be providing bins for children to bring back the toys they already have, where they will be recycled and used to make play areas.

"We're making a start. This is a step in the right direction," said UK chief executive Alasdair Murdoch. "If it makes other competitors move their practices forward, that can only be a good thing."

Burger King estimate the move will save 320 million tonnes of plastic waste a year.

McDonald's have said that they will not be scrapping their plastic toys, but will give children the option to choose between a toy and a piece of fruit.

popular
Irish mams are falling for the "nosey challenge" on TikTok and it's gas
This simple messy ponytail is everywhere and its effortlessly glam
The reason why Strictly Come Dancing's Pasha Kovalev left the show is actually really sad
Someone has ranked the penis size of men from all over the world
Why Are Men so Obsessed With Boobs? The Answer is Pretty Surprising...
From blonde to brunette - 6 things I wish I knew before going back to my roots
Here's what happens on every day of your menstrual cycle (roughly)
You may also like
6 months ago
Burger King really said: "Women belong in the kitchen"
3 years ago
Burger King is now DELIVERING in Dublin, and we're honestly overwhelmed
3 years ago
Everyone's saying the same thing about Conor McGregor's Burger King ad
4 years ago
Lost your job? Help ease the pain with a free burger
4 years ago
Burger King has a new 'Christmas menu' and there's not a bit of turkey in sight
4 years ago
A Burger King has taken major shots at a rival McDonald's
Next Page