Which one will you opt for?

Cadbury have announced that the taste of the beloved Dairy Milk bar is about to change forever.

One of the most iconic chocolate bars of all time will now have 30 percent less sugar.

But if this news has caused you to absolutely freak out, don't worry.

The original bar will still be available, you will now just have the option of getting a slightly healthier version.

Now that's not so bad, is it? We wouldn't drop a bombshell like this to you on a Friday morning without a bit of good news to go with it.

You'll be able to choose between the original, or one with reduced sugar and increased fibre.

So which will you choose? 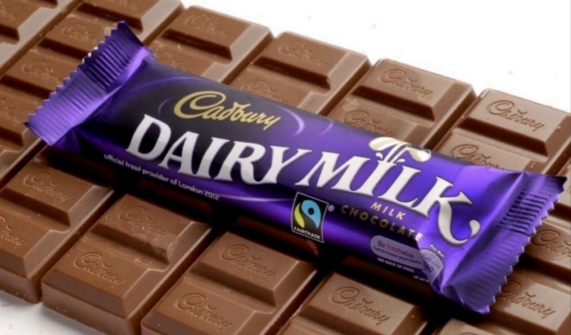 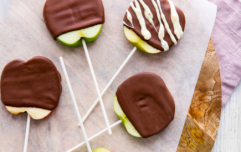 Feeling creative? Whip up some Butler's chocolate apple lollipops, sure

END_OF_DOCUMENT_TOKEN_TO_BE_REPLACED

We're happy enough with the taste of the original, but maybe the more healthy version could help us achieve that summer bod we've been after.

Speaking to The Guardian, Glenn Caton, president of Northern Europe of Mondelēz International, the US multinational company that bought Cadbury in 2010, remained optimistic that consumers would love the new taste, saying:

"We've tested this with hundreds of consumers and they love it."

Caton maintained that getting rid of the current recipe entirely would have been a bad idea, saying:

"Consumers love original Cadbury Dairy Milk. We want to offer this as a choice, not as a replacement to people who want to treat themselves.

"We think offering 30 percent less sugar is a more balanced approach than doing something controversial like taking Cadbury Dairy Milk away.”


popular
Tesco Ireland to introduce priority shopping hours for healthcare workers
Zara's €50 FAB floral dress is all over Instagram and you won't want to miss out
Netflix have cancelled Messiah after one season
#beautyathome: How to safely remove your gel polish or extensions at home (without wrecking your nails)
Actor Mark Blum dies of complications arising from Covid-19
The comfy €41 ASOS dress that's perfect if you're bored of all the loungewear options
Kym Marsh has landed a major new role after leaving Coronation Street
You may also like
3 days ago
3 smoothie bowl breakfasts to keep your immune system good and strong
5 days ago
#Covid-19: Just Eat to invest €1m package to support restaurant sector amid coronavirus outbreak
1 week ago
Happy National Jambon Day: a tentative celebration during this trying time
1 week ago
3 St Patrick's Day cocktails you can make tonight with minimal ingredients
2 weeks ago
Dublin is the third most expensive city in the world for fish and chips
2 weeks ago
No need to stockpile: 5 delicious dinners you can cook with basic AF ingredients
Next Page