Why is summer so far away?

This is not a drill: it turns out that you can now buy Kinder Bueno ice creams.

The new twist on the beloved chocolate treat was announced earlier this week. 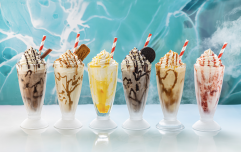 You can now get a Rock Shandy milkshake in Insomnia

END_OF_DOCUMENT_TOKEN_TO_BE_REPLACED

French news site Golem 13 claim report that Kinder fans will soon be able to enjoy three new kinds of ice cream - and each one sounds more incredible than the last.

First is the Kinder Ice Cream Sandwich, which apparently looks like a Kinder Pingui but with more of a biscuit-y kind of shell. 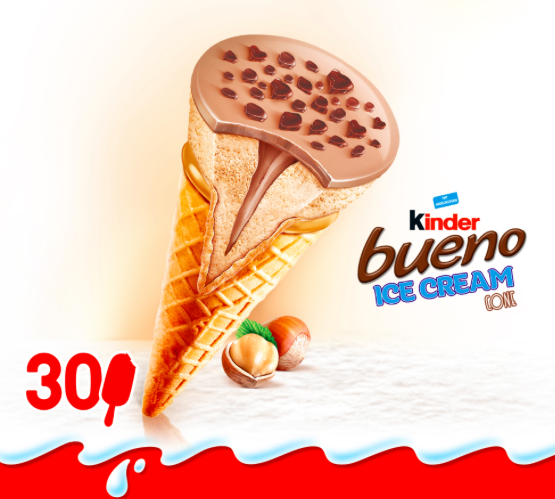 Next up is the Kinder Ice Cream Stick, which appears to be a vanilla ice cream stick half-coated with some crunchy chocolate.

The most delicious-looking of the three, though, is the ice cream cone.

A description on a website for German supermarket Langnese reads:

"Here, fine hazelnut milk ice meets a core of KINDER milk chocolate sauce, embedded in a crispy croissant covered with a fine layer of hazelnut cream made from Ferrero hazelnuts."

It's not immediately clear if the sweet treats will be available in Ireland - but we remain hopeful.

And, as expected, Twitter went absolutely crazy at the idea of Kinder ice cream.

Where can I get my hands on a Kinder bueno ice cream? pic.twitter.com/cRmRNaZaml

A spokesperson for the company said:

“The Kinder Ice Cream range will be launched in 2018 starting in France, Germany, Austria, and Switzerland.

"Nonetheless, we hope to extend this project to many other markets to satisfy our consumers’ expectations.”

popular
Stevie Nicks leads tributes following the death of Christine McVie
Gifts for Him: 18 affordable presents for your old fella, brother or boyfriend this Christmas
Why Are Men so Obsessed With Boobs? The Answer is Pretty Surprising...
Here are the first four people officially heading onto Dancing With The Stars
Gwen Stefani reportedly pregnant with baby number four
Mollie King announces death of her father just weeks after welcoming her first child
Revealed: The correct date you should be putting up the Christmas tree
You may also like
1 year ago
You can get Scrumdiddly's ice cream tubs in Tesco soon
1 year ago
Dublin's Eatyard is serving boozy 99s now
1 year ago
Ferrero Rocher ice cream is happening this summer
2 years ago
Tickled pink! Magnum has just released a ruby chocolate covered ice cream
2 years ago
A museum of ice cream has opened its doors in NYC and it's the cream dream
3 years ago
Halo Top just released some delicious new flavours, and we're drooling tbh
Next Page