The country with the unhealthiest food has been revealed and yeah, we're surprised

When you think of unhealthy food, the general vibe tends to be negative.

Why would you ever want to eat that? It's bad for you. It's not good to eat or enjoy and if you do any of those things, you're a bad person.

Except you're not, calm down, everything's grand.

Eating technically unhealthy food is obviously grand every once in a while, as long as that's not all you're eating.

Life is hard, things are tough, and we all deserve a treat every now and then. 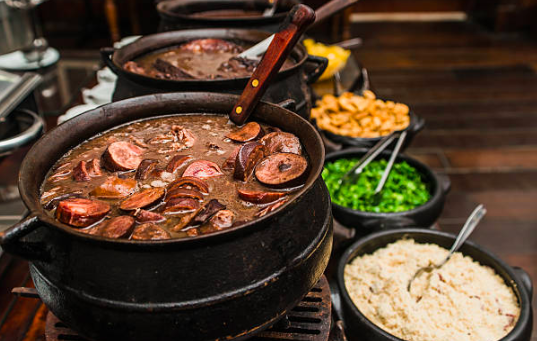 END_OF_DOCUMENT_TOKEN_TO_BE_REPLACED

That's why when we heard that the country with the seemingly unhealthiest food had been revealed, we weren't horrified. We weren't delighted either, sure, but that absolutely won't stop up from going there and eating all their delicious culinary masterpieces.

Because the country is question is apparently Brazil, and yeah, we're pretty OK with that.

The data comes from Hayes and Jarvis and according to them, the cuisine in the South American country contains the most fat, salt, carbs, and sugar.

The Brazilians are followed closed by Argentina, the Maldives and Mexico, who also boast similar levels of seemingly unhealthy - but delicious - foods. 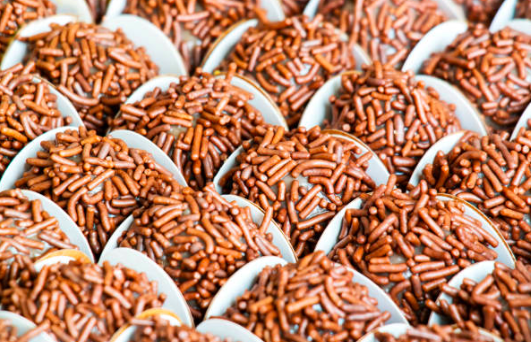 END_OF_DOCUMENT_TOKEN_TO_BE_REPLACED

The countries weighing in with the most healthy foods, however, are the likes of India, China, Sri Lanka, and Australia.

Ireland unfortunately isn't included in the list but England is - and they're pretty unhealthy by this study's standards - so we can probably go ahead and assume that Ireland is on a similar level.

popular
Molly-Mae Hague fans think they officially know her baby's name – and it means cloud
Baby found unattended in pram in Dublin, Gardaí reveal
Joanna Cooper heartbroken after her mum is diagnosed with dementia
Tasha Ghouri hits back at another islander who called her relationship fake
Blake Lively cast in film adaption of It Ends With Us
"I feel like I lost myself": Nathalie Lennon on her mental health struggles and her latest project with Pieta
Anne Hathaway shares disappointing news about The Princess Diaries 3
You may also like
2 weeks ago
Mum refuses to tell partner gender of their baby after he skipped scan to go to the chippy
4 months ago
Comfort food: 5 new cookbooks perfect for staying in and cooking from
4 months ago
Krispy Kreme and Jaffa Cakes come together to create limited edition Jaffanut
5 months ago
Daiquiri, anyone? Ireland's favourite cocktails have been revealed
5 months ago
This is *THE* viral watermelon salad everyone is obsessed with RN
5 months ago
Love Island's Jay says there's a secret and endless supply of snacks in the villa
Next Page