This is what dreams are made of.

They say not to mess with the classics, but perhaps the folks over at Cadbury are on to something.

The chocolate company has just released its latest creation - and it looks divine. 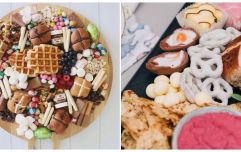 END_OF_DOCUMENT_TOKEN_TO_BE_REPLACED

That's right, Cadbury has swapped out the classic yellow and white filling for a smooth chocolate cream centre.

Sadly, the limited edition egg is only available in the US, but we're hopeful that if it has a good run there, we might get a chance to try it in the future.

In the past, Cadbury has been unafraid to mix things up when it comes to the chocolate egg. For instance, the Oreo egg and the Caramel creme egg are Easter mainstays in Irish supermarkets.

Moreover, according to Tyla, Canadian chocoholics were once privy to a cookie dough egg, while lucky New Zealanders got to sample a limited edition Jaffa Egg.

In 2019, Cadbury even released a white chocolate edition of the Creme Egg.

Plus, who could forget the beloved Creme Egg Twisted of yesteryear - a chocolate bar stuffed with delicious creme egg fondant? 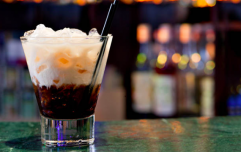 END_OF_DOCUMENT_TOKEN_TO_BE_REPLACED

While the chocolate Creme Egg is only available in the US, a British gifts website has offered to import a small number of eggs to customers in the UK at £1.99 (€2.34).

While it's unclear how Irish chocolate aficionados can get their hands on these bad boys, the comments of GB Gifts' Instagram post give an indication of how divided fans are over the newest egg.

Another user described them as "amazing".

Others were less convinced. In fact, one person wrote that the mere idea was "sacrilege".

While we can't tuck into the special edition Creme Egg just yet, at least we have our classic fare to tide us over.

popular
Fleetwood Mac's Christine McVie has died aged 79
Fundraiser set up for boy attacked by pit bull in Wexford
The trailer for Channel 4's Vardy V Rooney: A Courtroom Drama has dropped
Fair City star Jenny Dixon shares her twins' gender in sweet video
Jill Scott admits she gave Owen Warner extra food at meal time
Why Are Men so Obsessed With Boobs? The Answer is Pretty Surprising...
Kylie Jenner shuts down claims she used her children to cover up for Balenciaga
You may also like
7 months ago
Man in his 20s in critical condition after "one punch" assault on Easter day
7 months ago
Rain, rain and more rain: Easter weekend's weather is looking dull
1 year ago
M&S launches Easter family dine in meal with tons of different options for just €25
1 year ago
This delicious Hot Cross Bun and Butter Pudding recipe is the perfect dessert for your Easter dinner
1 year ago
M&S reveals limited edition Easter-themed Colin the Caterpillar
1 year ago
Cadbury has released a Mini Eggs cookbook - and here are the recipes we are dying to try
Next Page