Who here adheres to the 5-second rule?

A.K.A.: the idea that if you drop a piece of food on the floor, it is OK to eat it if you pick it up within five seconds?

This urban food-safety myth is pretty widespread, with legions of devoted followers globally, who all believe that if food spends just a few seconds on the floor, dirt and germs won’t have much of a chance to stick to - and therefore contaminate - it.

Studies both in the UK and America have tried to determine if five seconds on the floor really is the critical threshold that separates an edible bit of food from a case of food poisoning. 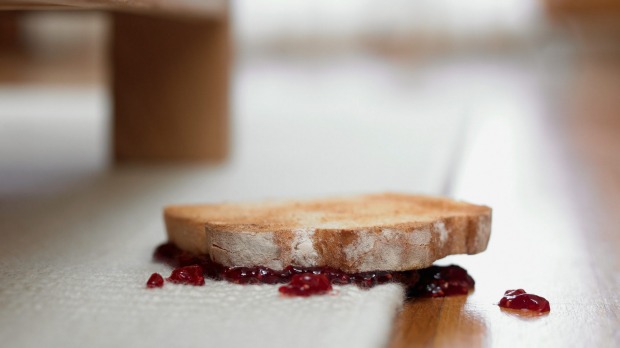 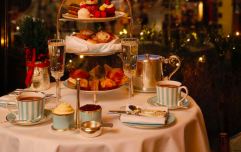 END_OF_DOCUMENT_TOKEN_TO_BE_REPLACED

The results are varied, but somewhat agreed on this: The amount of bacteria transferred to food did not depend much on how long the food was in contact with the contaminated surface—whether for a few seconds or a whole minute. The overall amount of bacteria on the surface mattered more. Meaning; it looks like what’s at issue is less how long your food languishes on the floor and much more how infested with bacteria that patch of floor happens to be.

The researchers found that another factor that mattered was what kind of surface the food was being dropped onto. Carpets, for instance, seem to be slightly better places to drop your food than wood or tile. Other studies have focused on how the texture of the food dropped made a difference to how much bacteria was transferred.

The verdict: From a food safety standpoint, if you have millions or more cells on a surface, 0.1 percent is still enough to make you sick. Also, certain types of bacteria are extremely virulent, and it takes only a small amount to make you sick. (Bare in mind that the chances of some of these of being on the surface you are dropping food onto are minimal.)

In fairness, chances are the odds are in your favour and that the food that has touched the ground will NOT kill your or make you sick. But; in rare chance that there is a microorganism that can make you sick on the exact spot where the food dropped, you can be fairly sure the bug is on the food you are about to put in your mouth. Common sense, people. Common sense.

popular
DSPCA and Gardaí rescue over 30 puppies and dogs from Dublin apartment
Ireland to be swarmed with freezing weather in the minus figures next week
Stacey Solomon mortified after walking around shop in see through leggings
Rob Kearney and Jess Redden arrive at wedding venue ahead of big day today
8 gorgeous Irish Christmas markets you need to visit this winter
Tributes paid to 29-year-old Irish woman who tragically passed away on holidays
These are the most popular baby names for 2021
You may also like
1 week ago
Here is how you can make the viral TikTok chocolate strawberry turkeys
1 week ago
A wizard in the kitchen? Le Creuset has launched an actual Harry Potter collection
2 weeks ago
You can now buy a HALF-KILO Ferrero Rocher - just in time for Christmas
2 weeks ago
Food products may have to show carbon footprint on packaging soon
2 weeks ago
Subway's festive menu includes a new Brie cheese sub
2 weeks ago
The Her Christmas gift guide for the foodie in your life
Next Page