When you order a Domino's, you general expect it to arrive via bike, car, or drone (maybe not drone, but one day guys).

This morning, however, the lads over at the pizza chain decided they'd mix things up a bit and deliver a hand full of pizzas around Dublin on a penny farthing bicycle.

Here's a few pics to prove it. 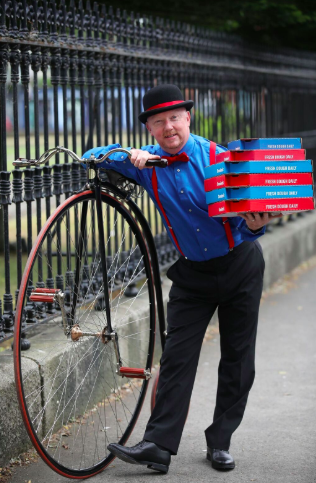 There your man is, now. 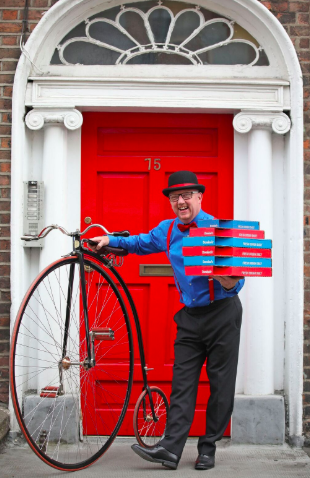 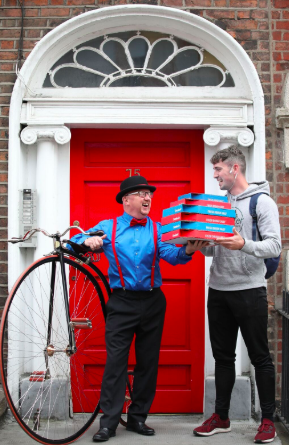 On a penny farthing. 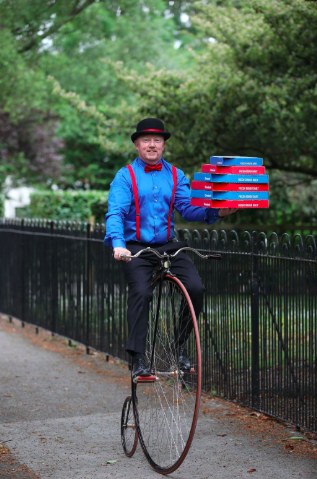 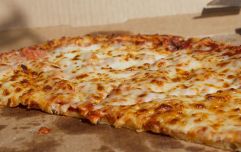 END_OF_DOCUMENT_TOKEN_TO_BE_REPLACED

Unsurprisingly, this is not Domino's latest attempt to slice (ha) their delivery time in half, but their celebration of Bloomsday.

June 16 marks the annual commemoration of the day that James Joyce's Ulysses is set.

The book featured Leopold Bloom wandering the streets of Dublin, having the chats, and eating some kidneys. 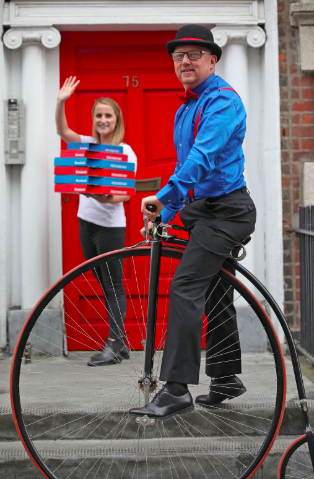 Now, however, it appears as if old Poldy has switched his kidney for some pizza and we honestly don't blame him all that much.

“Dublin city springs to life in celebration of the Bloomsday festival each year so I’m delighted Domino’s is marking the anniversary of the great James Joyce’s Ulysses with a special penny farthing delivery in his honour.

"We like to think Leopold Bloom would have appreciated our freshly handmade Pepperoni Passion somewhat more than a gorgonzola sandwich!”

popular
Tasha Ghouri lands major brand deal post Love Island
Andrew McGinley says he is seeking a divorce from Deirdre Morley
Eamon Ryan's mother dies in tragic accident on family holiday
Love Island's Danica said she felt "disrespected" in the villa
Olivia Wilde accuses ex Jason Sudeikis of 'threatening' her
WATCH: Olivia Newton-John's daughter shares duet with mother
Everything we know about Love Island USA's Irish premiere
You may also like
2 years ago
A large Domino's garlic and herb dip contains almost 700 calories so like, maybe don't eat a full one yourself
2 years ago
Domino's are hiring a garlic bread taster in Australia and our bellies, they rumble
3 years ago
Grazing tables: the wedding food trend set to take over Ireland in 2020
3 years ago
Domino's launched a new pizza in Ireland today and it's a strange concoction
4 years ago
FREE pizza and a tattoo? This could be your most interesting Valentine's Day yet
4 years ago
Free pizza? This is all you have to do to bag a free Domino's next week
Next Page