It's a serious first-world problem but a problem nonetheless - the tide may be be turning on avocados.

Yes, it looks like the creamy, delicious fruit that has become synonymous with millennials is finally falling out of favour with foodies. 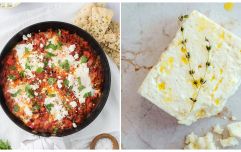 END_OF_DOCUMENT_TOKEN_TO_BE_REPLACED

Several trendy restaurants in the UK have taken avocado off their menus over concerns about seasonal farming, environmental issues and even crime.

Buckinghamshire's Wild Strawberry Café, thought to use up to 1,000 avocados a week, has said that it'll no longer be serving them

In an Instagram post, its owners said that using avocados was at odds with its primary focus on local produce and that the food miles involved in transporting them were "just plain wrong".

They also claimed that Western demand for the superfood was causing deforestation and putting strain on farmers in the developing world and that Mexican drug cartels were getting involved in exports.

Restaurants in Bristol and and south London have also vowed to ban avocados, reports Reuters. 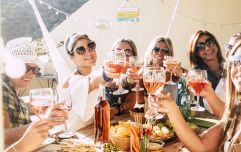 You can get paid over €1,000 to review bottomless brunches in the UK

END_OF_DOCUMENT_TOKEN_TO_BE_REPLACED

Irish Michelin star chef JP McMahon has called for restaurants to cut back on avocados, telling The Irish Independent that ethically, they are like battery chickens.

"I don't use them because of the impact they have on the countries that they are coming from - deforestation in Chile, violence in Mexico. For me, they are akin to battery chickens," he said.

"I think Irish restaurants should make a conscious effort to not use avocados or at least reduce the amount they use. You can get Fair Trade avocados but most are not produced this way.”

Yikes. Maybe it is time to reexamine our avocado obsession.

popular
Women are rinsing their hair in apple cider vinegar – and the results are amazing
Britain’s biggest family to break new record with another baby on the way
Government to publish bill on right to request remote work option
Gardaí investigating alleged sexual assaults on teenage girls in Sligo
"Hair contouring" is about to be huge, here's everything you need to know
Scottish dance sensation Lily Douglas has sadly passed away, aged 14
Worried about a loved one? Here are 5 signs of suicide to look out for
You may also like
3 months ago
There's a Hocus Pocus themed brunch coming to Dublin this Halloween
1 year ago
Feeling brunchy? This mushroom and potato hash will hit the spot
1 year ago
Forget whipped coffee: teeny tiny pancakes are the latest quarantine food trend
1 year ago
#CuratedWithCassie: Our new episode is all about Irish-made skirts and skincare... for guys
1 year ago
I'm a basic brunch bitch, and here are four of my favourite Dublin spots to try
1 year ago
This week's Curated With Cassie is about brunch burgers and boobs!
Next Page