Eating avocado aids your eyes while also benefitting your brain, according to a study published in the journal Nutrients.

It may seem like a fashionable fitness fad, but the hype is fully justified. The avocado is viewed as a healthy source of fat and a nutrient-rich alternative to butter.

While all that is true, there is more than meets the eye. Literally.

It just so happens that avocado can aid your eye health and even boost your brain function.

A study conducted by Tufts University took 40 adults and split them three-ways. One group were to eat an avocado each day. Group two ate a potato per day and the third group consumed a daily cup of chickpeas.

This was trialled for six months, after which it was found the group eating avocado experienced a 25% increase in levels of lutein. The other groups only saw a 15% improvement.

Lutein is an antioxidant that aids the pigment and function of your eyes.

If you don't like the taste, that's no excuse. Here's a super smoothie recipe to reap the same rewards: 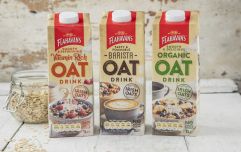 END_OF_DOCUMENT_TOKEN_TO_BE_REPLACED

Blend together in a food processor and enjoy. You have yourself a perfect meal replacement that ticks all boxes.

Like everything good in life though, moderation is key. Those involved in this particular study ate only one avocado per day.

It is a source of fat - and while there's nothing wrong with fat alone, each gram contains nine calories.

Varieties of this much-photographed food contain between 25 and 30 grams of fat, so you're looking at 250 to 300 calories per whole serving.

Going beyond this provides no extra benefit, and may actually cause weight gain if too many calories are consumed. You don't want to look like an avocado, after all.

popular
10 Dublin restaurants with outdoor areas we'll be hitting up for the next 3 weeks
WATCH: Simone Biles just did a triple backflip, a move not even recognised in women's gymnastics
Someone has ranked the penis size of men from all over the world
New documentary sheds light on hidden sexual violence of the Irish revolution
The Christmas movies TV channel is launching this week
Netflix shares trailer for fascinating David Attenborough documentary
WATCH: Netflix to release documentary on the Watts family murder
You may also like
1 day ago
World sees record weekly number of Covid-19 cases
1 day ago
Scientists discover potential “game changer” that “could help eliminate Covid-19”
2 days ago
A gynaecologist has given the tampon its first notable redesign in 80 years
2 days ago
"I was petrified and wanted a hand to hold:" Irish women call for the ease of maternity restrictions
6 days ago
'Diarrhoea' and 'anxiety' among top health-related searches in Ireland during Covid
1 week ago
Burnout: 5 practical ways to deal when you're (still) working from home
Next Page