It doesn’t matter what the reasoning is, any study that suggests eating peanut butter gets our attention.

A recent experiment apparently found that snacking on peanut butter or peanuts up to four times a week could help to combat obesity.

The 12-week study (conducted by the University of Houston Department of Health and Human Performance, Baylor College of Medicine and Texas Woman’s University) involved Hispanic children aged 11-13 at risk of being overweight or obese. 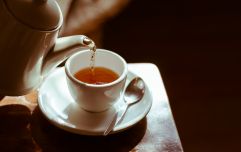 END_OF_DOCUMENT_TOKEN_TO_BE_REPLACED

According to The Health Site, it was found that those who followed an eating plan that included a snack of peanuts or peanut butter three to four times a week reduced their Body Mass Index, compared to those who had the snack less than once a week.

Researcher concluded that, while snacking can be unhealthy, consuming peanut butter or peanuts can be a healthier alternative to other food products.

The findings of the study were published in the Journal of Applied Research on Children.

If you love peanut butter, we recommend checking out these delicious recipes (please note, they probably won't combat obesity).

popular
Gwen Stefani reportedly pregnant with baby number four
Anne Hathaway shares disappointing news about The Princess Diaries 3
Tasha Ghouri hits back at another islander who called her relationship fake
Baby found unattended in pram in Dublin, Gardaí reveal
Molly-Mae Hague fans think they officially know her baby's name – and it means cloud
Why Are Men so Obsessed With Boobs? The Answer is Pretty Surprising...
Jennifer Lawrence Speaks Out About Liam Hemsworth Relationship
You may also like
18 hours ago
Irish women call for access to drug to treat Hyperemesis during pregnancy
1 week ago
Women warned about dangerous advice on contraception peddled by influencers
1 month ago
Watching Christmas movies is good for your health- here's how
1 month ago
How to support a loved one with an eating disorder this Christmas
1 month ago
HSE advises children with sore throat, cough and fever should stay at home
2 months ago
83% of women want time-off policies for severe period symptoms
Next Page