We need this ASAP.

A lot of people took part in Veganuary with much success. More so, many of us are choosing the vegan lifestyle now more than ever.

However, while it is definitely easier these days to choose a place to eat if your vegan, one thing that always seems to miss the mark is sandwiches.

Sam from the Vegan Sandwich Company said: "It's no question that veganism is on the rise but vegan sandwiches are still not quite there.

After a lot of testing, I have finally finished my vegan breakfast roll. Sage and onion sausages, rice paper bacon, black pudding, hash browns and even a vegan fried egg. Am making plans for my first market this year. Would you like to see this on the menu?

"What we're often given is a dry falafel sandwich devoid of texture or flavour. With Vegan Sandwich Company on a mission to prove that plant based sandwiches are just as good as anything that's not vegan.

"I'm currently in the test phases but very soon I'm going to look to do my first market." 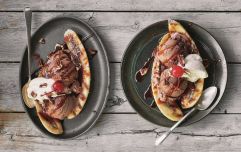 END_OF_DOCUMENT_TOKEN_TO_BE_REPLACED

After having created the vegan chicken fillet roll mid-January, Sam is back with a vegan breakfast roll and it looks just as tasty. 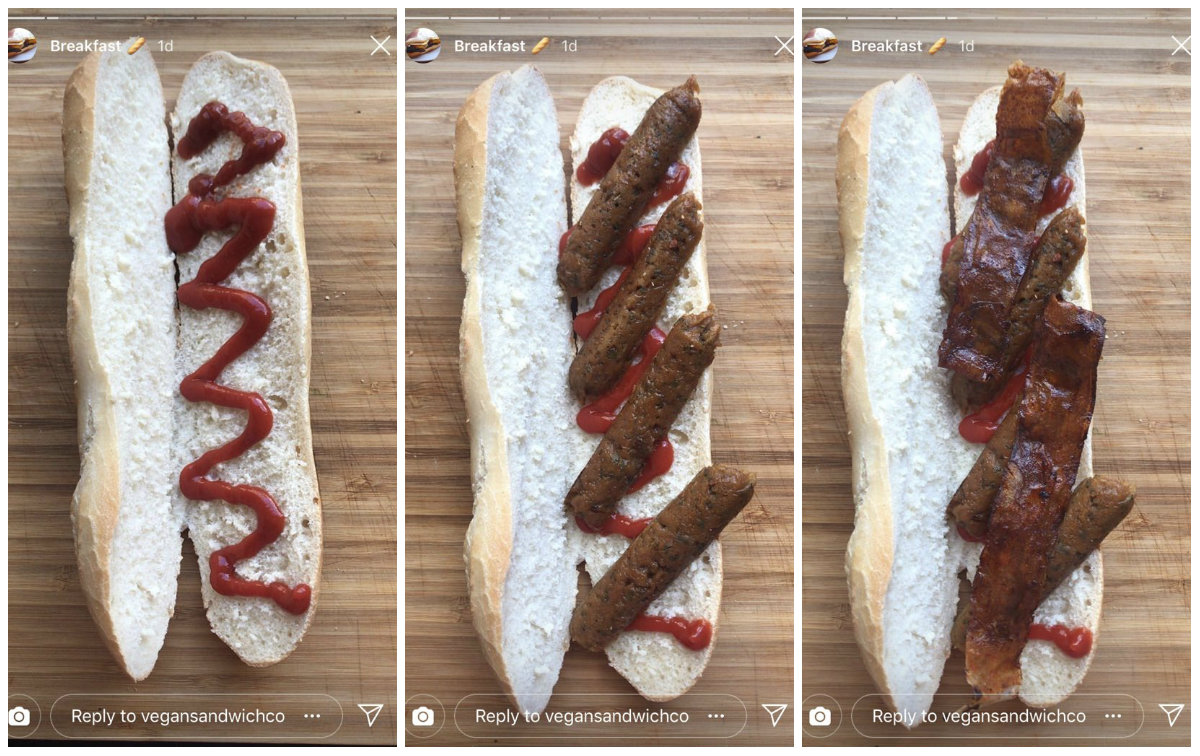 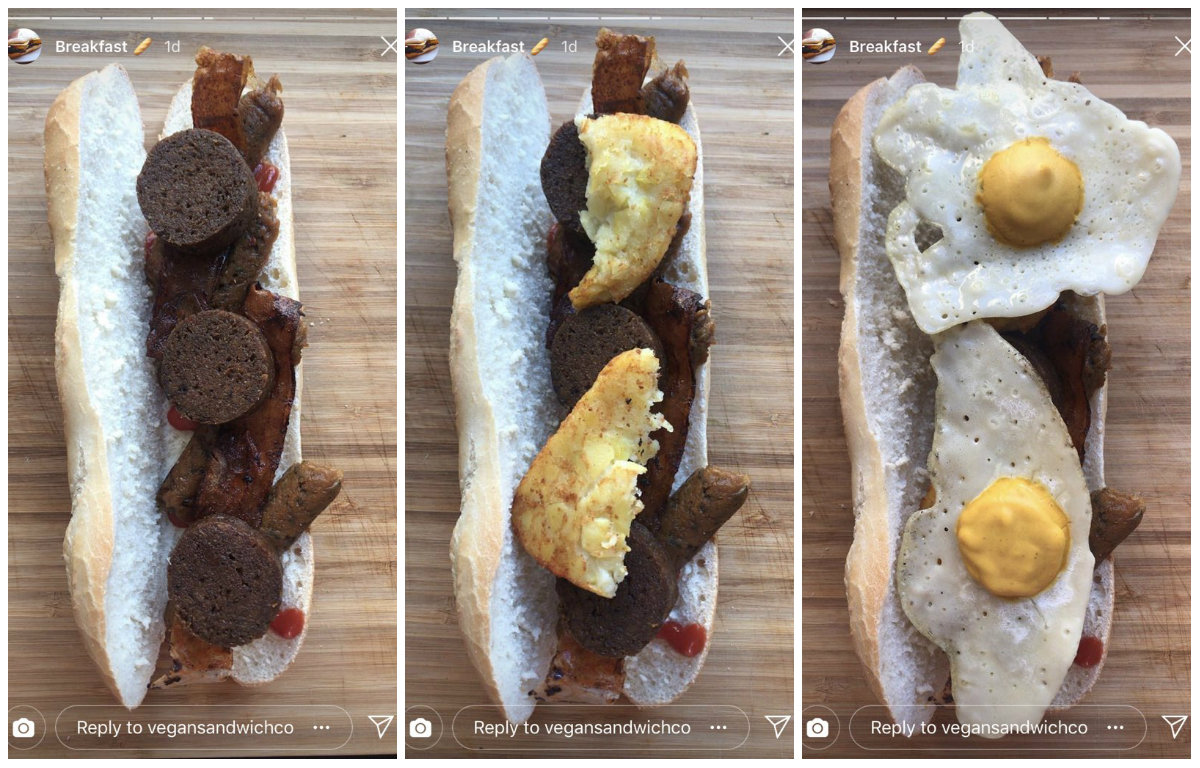 "The sausages are sage and onion seitan, the bacon is made with rice paper, the black pudding is seitan too and hash browns are Lidl's finest.

"The eggs are a bit of a secret mix but it's essentially two different batters made a bit like a pancake with some kala nemak (black salt) which gives it its eggy flavour."

It actually looks better than a real breakfast roll!

popular
The new Covid-19 tracker app is live - here's how to use it
There's a Harry Potter themed Airbnb in Roscommon and we just need to visit
Lidl launches own fake tan and it'll only set you back €3.99
Staycation: 7 gorgeous glamping spots for your Irish summer getaway
QUIZ: How well do you remember The Rugrats Movie?
Dr Tony Holohan to be granted Freedom of the City of Dublin
Here's what happens on every day of your menstrual cycle (roughly)
You may also like
3 weeks ago
Little Pyg are now delivering 2 for 1 cocktails *and* pizza
3 weeks ago
Here's some delectable rainbow treats to try for Pride month
3 weeks ago
Here's 5 one-pan dinners, for when you have zero will to cook
3 weeks ago
5 Cork spots we're dying to hit up once restaurant restrictions are lifted
3 weeks ago
Recipe: Four cheese puff pastry twists that aren't all that difficult to make - honestly
3 weeks ago
Looks like hotel breakfast buffets are no longer viable in this #Covid-19 world
Next Page