Who among us doesn't love a bit of gravy on our dinner?

Well, vegetarians, vegans, and people who don't like gravy, probably.

For everybody else though, there's nothing better than slapping up a giant plate of grub, picking up that ceramic boat, and letting the gravy train take you on a wild ride.

There is one thing, though, that gravy has been missing for all these 724 years it's existed on this earth.

Maybe it hasn't been missing glitter at all and gravy is perfect just the way it is but people have started putting glitter in it in the lead up to Christmas so, sure look, this is where we are, we may as well deal with it. 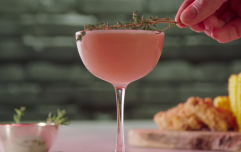 END_OF_DOCUMENT_TOKEN_TO_BE_REPLACED

This new jazzy gravy comes from the Hungry Horse pub in London.

But despite the fact that there are far too many peas and no potato gratin on that plate, we have to say, the glitter gravy is certainly giving that roast dinner a certain je ne sais quoi. 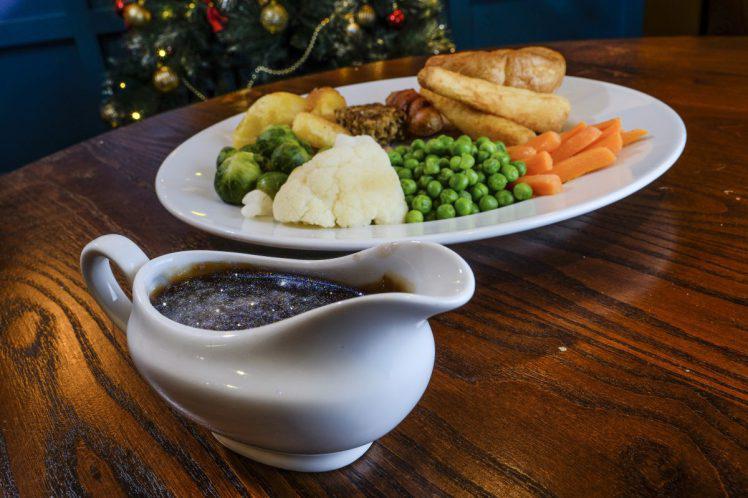 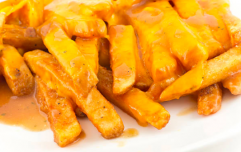 END_OF_DOCUMENT_TOKEN_TO_BE_REPLACED

Lots of other people seemed to think so too because the video has only been viewed an impressed nine million times.

That's a lot of gravy fans.

The extra Christmas dinner addition isn't just available in this pub either - you can easily whip it up yourself at home by buying some edible glitter (please, make sure it's edible), and lashing it in the gravy.

Just think of the possibilities!

You could have glitter ketchup, glitter garlic sauce, glitter mayo... the list goes on. 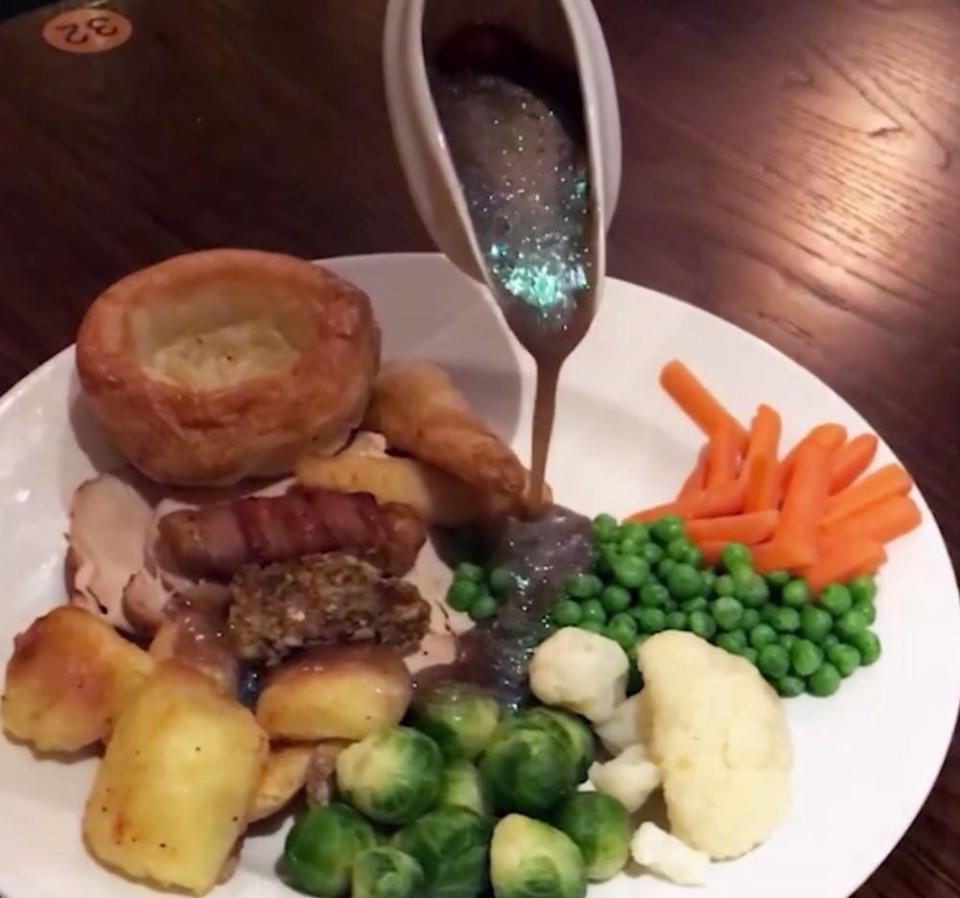 To make your own glitter gravy, just follow this recipe to a T.

popular
Wagatha Christie: Rebekah Vardy storms out of court just 30 minutes into final day
Fashion house Dolce & Gabbana is 'sponsoring' Kourtney and Travis' Italian wedding
'She was always in awe of celebrity' – Rebekah Vardy's ex-husband speaks out
Denis Sulta had a cameo in Derry Girls alongside his girlfriend Saoirse-Monica Jackson
Everything we know about new female sci-fi thriller, the Midwich Cuckoos
Everything we know so far about Kourtney and Travis's Italian wedding
Why Are Men so Obsessed With Boobs? The Answer is Pretty Surprising...
You may also like
1 year ago
Win €200 worth of KFC vouchers plus 2 of their famous Christmas jumpers here
2 months ago
3 St Patrick's Day cocktails you can make tonight with minimal ingredients
2 months ago
WIN: Find one of these limited edition Creme Eggs in-store and WIN up to €2,500 in cash
2 months ago
3 super-easy protein bliss-balls you can meal prep today and enjoy all week
2 months ago
Parents warned against giving their young children rice milk
2 months ago
KFC have brought back this tasty award-winning burger and it looks incredible
Next Page