Got a load of stale bread? Here's a super easy trick to make it fresh again

If you survived Storm Emma, chances are you've got a load of bread left over.

Afterall, people were running down to Centra to pick up the odd sliced pan or 12 every day during the Beast From The East.

And even though it would be humanly impossible the consume that much bread unless you were snowed in for approximately six weeks, we all lost the run of ourselves and simply went a bit mad for the bread, really. 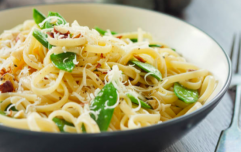 END_OF_DOCUMENT_TOKEN_TO_BE_REPLACED

That's why everybody has at least three stale half pans and four mildly gone off baguettes in their kitchens this week, and while this may seem like a bit of a waste, there is actually a fairly simple way you can get those stale breads tasting (almost) brand new again. 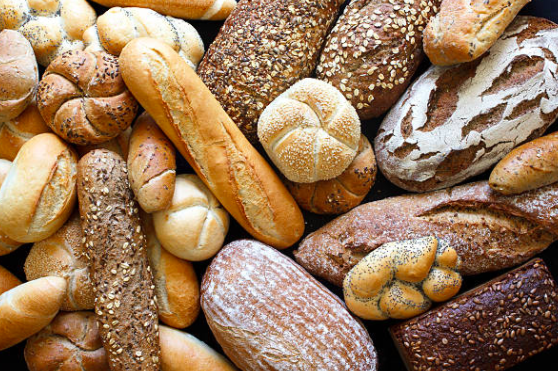 According to Good Housekeeping, all you need is a bit of water to make your loaf taste as fresh as the day it was baked.

Cher Loh, Head Tutor at the Good Housekeeping Institute Cookery School, says that holding your bread under the tap until it's completely saturated with water and then popping it into the oven for a few minutes will give it back that healthy glow it once had.

"Stick it in the oven at 200°C (180°C fan) for a few minutes, and your bread will miraculously be edible once more. This rehydrates the bread."

So there you go - no more unnecessary Storm Emma waste.

Girls With Goals || Her · Ep.161: Feeling Peachy - Sharon Keegan of Peachylean on being an absolute BOSS!
popular
Is that Seth Rogen without a beard?
Woman buys 148 year old house, goes viral after finding secret passage way
Harry Styles accepts BRIT for Best British Single - with American accent
Little Mix pay tribute to Jesy as they make history at BRIT Awards
Norman Lloyd, 'world's oldest working actor', passes away aged 106
Lewis Capaldi muted by BRITs during chaotic, swear-y speech
9 Dublin restaurants with outdoor dining we've already booked a table for
You may also like
1 month ago
You can now get a baguette clutch for €795
1 year ago
Tourist at Dublin Airport left horrified after finding two dead insects in bread roll
2 years ago
Public service announcement: Eating pasta and bread might make you live longer
2 years ago
Er, we might have to disagree with the 'most perfect rasher sandwich'
3 years ago
From bread, to the beast... the best tweets about the SNOW in Ireland this morning
3 years ago
Irish company issue bread recall due to risk of metal pieces
Next Page