Grazing tables: the wedding food trend set to take over Ireland in 2020

"People are thinking more about what they’d like for themselves."

Have you got a friend, sister, aunt, uncle, brother, or cousin on your mam's side twice removed who might be tying the knot? 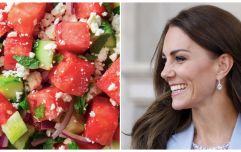 END_OF_DOCUMENT_TOKEN_TO_BE_REPLACED

If so, you better tell them to get themselves a grazing table (or seven) for their big day - because they're set to be all the rage in 2020.

Weddings have changed a lot in Ireland over the past few years.

Long gone are the days of inevitable two-hour ceremonies, heading back to the country hotel for a few sandwiches, and settling in for a nice slab of beef or salmon. 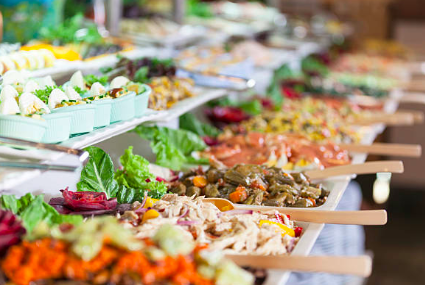 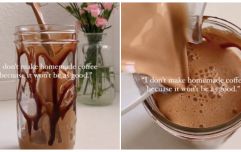 If you haven't added Nutella to your iced coffee yet, you are not living your best life

END_OF_DOCUMENT_TOKEN_TO_BE_REPLACED

Nowadays, a lot of couples in Ireland are choosing their wedding food based on what they like to eat, not what's expected of them to serve.

Confetti Magazine editor and author of The Wedding Planner Laura Cunningham says that the biggest change in wedding food trends is that people are getting far less traditional.

“Food is starting to reflect the day itself," she tells Her.

"A lot more people are opting to have more casual weddings that aren’t just in a church or a hotel. They’re having them in their homes or on glamping sites, or castles - and the food reflects this. 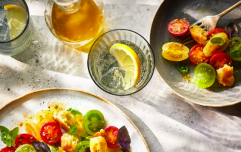 END_OF_DOCUMENT_TOKEN_TO_BE_REPLACED

"There’s also a lot more sharing plates and food trucks. It’s a family style of eating that people are really getting into these days."

Enter the grazing table: a fancy buffet-style meal that lets people pick and choose a treat whenever they so please instead of having to rely on just one dish.

And it makes sense too, considering that a lot of people have admitted to eating food at weddings that they don't even like. 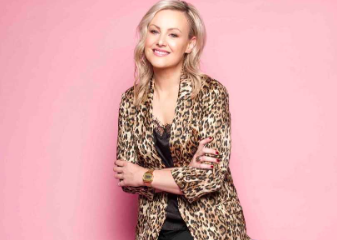 New research compiled by Domino's shows that 50 percent of people have been fed wedding food that they weren't all that into, with 71 percent saying that they would serve their favourite food at their own wedding.

And for most people, this does end up being pizza.

Laura says that the grazing platter is a great idea for this very reason - so guests can take what they like, when they like, and everybody's kept happy.

"People are going for grazing tables at every event, not just weddings," she says.

"You’ve got this massive big table instead of all this individual food and people can just take what they want from the platters.

"It makes a lot more sense."

popular
Vogue Williams slams man who refused to swap seats with her on plane
Crown Paints advert receives 200 complaints over 'misogyny' and 'everyday sexism'
Adam Collard allegedly attacked on night out with Paige Thorne
Man arrested on suspicion of the murder of Irish man in London
This is why the world is obsessing over Adidas Gazelles
Christine Quinn won't be returning to Selling Sunset
Are we getting a mini heatwave in September?
You may also like
2 weeks ago
Love Island's Jay says there's a secret and endless supply of snacks in the villa
3 weeks ago
McDonald's increases menu prices due to rising inflation
1 month ago
Boozy Aperol Spritz cake is the picnic food of dreams
1 month ago
Picnic perfection and banging BBQs: M&S launches 'best ever' 3 for €10 deli range
1 month ago
Here's how to make Hailey Bieber's TikTok famous Strawberry Glaze Skin Smoothie
1 month ago
Breakfast cupcakes are the grab-and-go meal your mornings need
Next Page