Ireland is the second most expensive country in Europe for coffee

Ireland is the second most expensive country in Europe for non-alcoholic beverages such as minerals, water, tea and coffee.

New figures from the Central Statistics Office show that consumer price levels in Ireland are broadly the same as the notoriously pricey Nordic countries, such as Denmark, Sweden and Norway.

The CSO found that Ireland is the eighth most expensive for food, while alcohol and tobacco ranked in at fourth and third most expensive on the list.

But for non-alcoholic beverages such as coffee, Ireland ranked in as the second most expensive country in Europe after Norway. 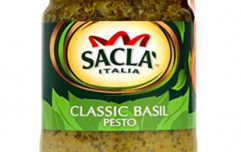 Sacla recalls a number of pesto products due to undeclared peanuts

END_OF_DOCUMENT_TOKEN_TO_BE_REPLACED

If it's a bargain you're looking for, maybe it's time to see if you can work remotely from North Macedonia, which ranks in across the board as the cheapest place to live.

Prices across the board on average, as measured by the Consumer Price Index, were 0.7% higher in August 2019 compared with August 2018.


popular
Brad Pitt's response to the drama over his reunion with Jennifer Aniston is interesting, to say the least
Meet the cleanser that reduced pore size for 91 percent of women (in just three weeks!!!)
Say hello to the €20 New Look skirt that will go with everything in your wardrobe
RUN! The €16 floral Penneys dress that fits like a dream is in stores now
The €30 Penneys jumpsuit that could pass for a designer piece is in stores now... RUN!
Sorry, can we talk about Kate Middleton's €10 leopard-print skirt for a minute?!
Celebrities have nothing but praise for Jennifer Aniston's 'morning after' post
You may also like
1 day ago
Man being treated for suspected case of coronavirus in Belfast
1 day ago
Met Éireann says there's a risk of snow for parts of Ireland over the weekend
4 days ago
Gardaí warn of phone scam that could cost consumers a "small fortune"
1 week ago
Met Éireann has issued an ice and low temperature warning for 17 counties
1 week ago
HSE issues warning after a large increase in mumps cases
1 week ago
A homeless woman in her 20s has died in a Dublin hostel
Next Page