Ireland's favourite chicken wing flavour has been revealed - and unsurprisingly, it's hot and spicy

Everybody likes a chicken wing.

Except vegetarians and vegans and people who aren't that fond of messy food but other than that, absolutely everybody. Alright?

Chicken wings are soft. They're delicious. They're covered in a sauce so sticky that you're bound to get it all over your hands but it's OK because you can simply lick it off after.

A divine food that you'd be a fool to not get on board with (unless you are, in fact, any of the above aforementioned people). 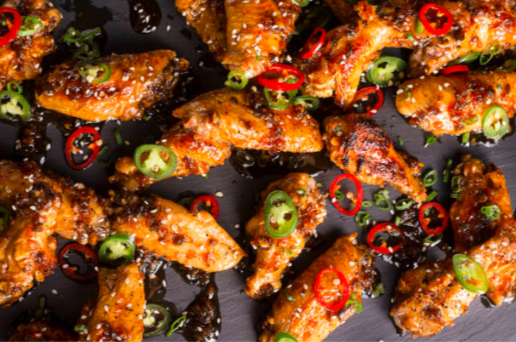 Chicken wings are so divine that they've now got their own day dedicated to them. That day is today, July 29.

Celebrate how you will - but rest in the knowledge that the nation's favourite chicken wing and dip combo has been revealed.

It's the not-all-that-surprising hot and spicy wings with a garlic mayo dip on the side.

Would you like wings this weekend? Be sure to drop into us in Temple Bar, Rathmines or Monkstown!⁠ ⁠ .⁠ .⁠ .⁠ ⁠ #elephantandcastle #templebar #rathmines #monkstown #food #foodie #dublin #wings #wangs 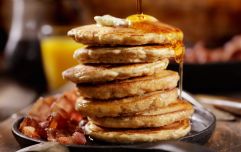 It's Pancake Tuesday, and we suggest you try these Nutella-stuffed banana pancakes

END_OF_DOCUMENT_TOKEN_TO_BE_REPLACED

Research from the wholesaler showed that sales for chicken wings have peaked at 100,000 per week, with an estimated five million being sold per year.

That's 510 tonnes of chicken wing, in case you didn't know.

Coming in at a close second after hot and spicy was barbecue, followed by buffalo. Other popular dips also included blue cheese and ranch.

All the creamy lads. 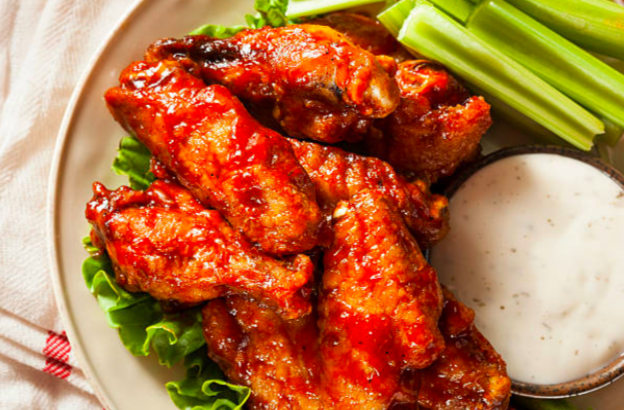 Desi Derby, marketing director at Musgrave MarketPlace, said it's not really all that surprising that the humble chicken wing has become so popular.

“The chicken wing has come a long way from a butchers off-cut to one of the most popular items on most menus," they said.

"Chicken wings are a very versatile product, and a great vehicle for flavour. Easily adaptable to fit most food trends from high protein to gluten free, it’s great to see our growth in sales to over 5 million wings per year."


popular
Coronation Street's Geoff and Yasmeen storyline sparks more than 100 Ofcom complaints
BRB, running to Penneys for the €19 trousers that look like they cost ten times the price
Say hello to the €40 Stradivarius dress you're going to be seeing everywhere in summer
The €25 New look jumper that would be a cosy dream on cold mornings
Holly Willoughby's Zara shirt is the workwear must-have you need in your life
The comfy €42 M&S boots we're going to be living in all spring
EastEnders have 'revealed' Bex Fowler's exit storyline
You may also like
1 day ago
PSA: McDonald's is selling breakfast pancakes ALL DAY tomorrow
2 days ago
Here's a Japanese soufflé pancakes recipe to try for Pancake Tuesday
2 days ago
Frank's RedHot Sauce is now selling Bloody Marys in a can and sorry, imagine
6 days ago
Tayto have launched two brand new crisp flavours for you to get stuck into
1 week ago
9 last minute Galentine's treats in Dublin, Cork, and Galway - for the day that's in it
2 weeks ago
A new restaurant has opened in Dublin and their low-carb pizza is the business
Next Page