Irish burrito named fourth most ordered dish in the world

They're wet, they're spicy, they're delicious, they're about eight different meals in one.

Honestly can't go wrong with one.

Us Irish are kind of killing it when it comes to the burrito game too - we've got a solid number of options about the place that'd give even the most esteemed establishments in Mexico a run for their money.

Still though, we were fairly surprised to hear that one Irish burrito has ended up being the fourth most ordered dish on Deliveroo around the world.

The burrito in question comes from Boojum, which isn't really all that surprising considering Boojum has the best burrito in all the land and if you think any different, you're pretty much wrong. 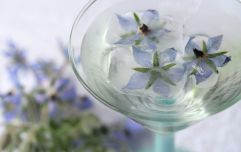 END_OF_DOCUMENT_TOKEN_TO_BE_REPLACED

Deliveroo released their most ordered dishes worldwide today - a top 10 list that made us extremely hungry and very frustrated that we weren't tucking into some rice-based goodness right about now.

Here's the top 10, in case you're heading on holidays any time soon.

Other Irish spots also appearing in the top 100 were Umi Falafel, Xian Street Food, and Saba.

Doing well for ourselves, we are.

Girls With Goals || Her · Ep.160: The Beauty Of Coaching - Hayley Harrison joins us from Sport Ireland
popular
These 14 Dublin attractions are opening their doors again next week
You can now get Hyaluronic Acid at Dealz for €4
Irish company launches 1.5 litre wine 'Bagnum' - a magnum in a bag
More footage of Tristan Thompson cheating on Khloe has emerged
Doctors warning young people against 'sun cream contouring' TikTok trend
28 amazing Irish glamping spots for your 2021 staycation
Someone has ranked the penis size of men from all over the world
You may also like
4 days ago
You can get guacamole flavoured ice cream in Dublin this Cinco de Mayo
5 days ago
Stephen Donnelly to seek minimum alcohol unit pricing approval today
6 days ago
Irish people still super into salt, says research
1 week ago
Aperol Spritz ice lollies are what Bank Holidays weekend dreams are made of
1 week ago
You can buy Four Loko in Ireland now
1 week ago
Wham Bar, Cola Bottle and other retro ice pops are coming to Iceland this summer
Next Page