We're not only a nation of tea drinkers...

A new survey has found that we're quite addicted to our coffee in Ireland, with 62 percent of the population enjoying the beverage on a daily basis.

In fact, 63 percent of those have at least two cups per day. 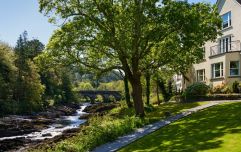 END_OF_DOCUMENT_TOKEN_TO_BE_REPLACED

Some people even think that drinking coffee affects their libido, with 19 percent of coffee drinkers believing it has a positive effect on their sex life. However, 9.7 percent think the opposite, saying it has a negative impact.

The survey was carried out by DID Electrical and saw that, as a nation, our coffee order of choice is an americano with 33 percent of respondents choosing it as their go-to.

However, there is a difference between the older and younger generation. 18-24-year olds prefer a cappuccino to an americano, while 25-34s place the cappuccino and americano neck and neck, with each drink getting 24 percent of the vote in that group.

54 percent of us also think that having a coffee in the morning is super important and we wouldn't be able to probably begin our day without one.

popular
A celebrity hairstylist just shared a genius hack for the perfect messy bun
Penneys has a new homeware collection – and it looks so high-end
5k walk in aid of Women's Aid to take place in honour of Ashling Murphy
Here are all the Instagram accounts of the stars of Netflix's Cheer
Zayn Malik has reportedly signed up for a dating app after Gigi Hadid split
Ashling Murphy will be laid to rest in Tullamore on Tuesday
Everyone is talking about slugging – the skincare hack that will fix your dry skin
You may also like
3 days ago
Kin star Clare Dunne listed as European Shooting Star
1 week ago
Up to 150,000 Covid cases may not have been counted over the past month
1 week ago
Micheál Martin does not anticipate "major changes" to restrictions
1 week ago
Teenager drowns off the coast of Arranmore Island, Donegal
2 weeks ago
Two teenagers in hospital following stabbing incident in Dublin
2 weeks ago
Man dies after collision in Co. Longford
Next Page