The Irish Pub of the Year for 2019 has been revealed

You may have had a pint in these places...

Paris Texas in Kilkenny is celebrating after it was named National Pub of the Year at the Irish Pub Awards 2019. The pub also had another reason to celebrate because they also won the innovation award.

More than 1,700 pubs were in contention for the awards, which are now in their third year and are jointly run by the Vintners Federation of Ireland and the Licensed Vintners Association.

We were delighted to present the #IrishPubAwards2019 National Pub of the Year Award to @ParisTexasBar Kilkenny last night in the RDS! Well done to all our winners! pic.twitter.com/XhZeZw54rb 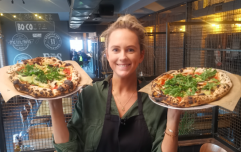 END_OF_DOCUMENT_TOKEN_TO_BE_REPLACED

The Kilkenny pub was crowned national champion after winning the Innovative Pub of the Year, one of nine categories announced at the Gala Awards that were recently held.

Paris Texas was opened in 1996 by Pat Crotty and it has consistently aimed to be different from its competitors.

END_OF_DOCUMENT_TOKEN_TO_BE_REPLACED

The press release states that the pub, "offers a new concept in food, along with entertainment most evenings and serves an extensive range of beer and spirits to challenge its customers’ taste buds. Since 2006, continuous development of Paris Texas has included redevelopment of the premises, the introduction of innovative new products, technology systems and significant investment to ensure environmental sustainability."

In total, there were nine categories at the Irish Pub Awards and here are the winners. 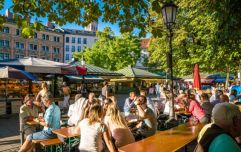 YAS! The 10 best beer gardens that Ireland has to offer

END_OF_DOCUMENT_TOKEN_TO_BE_REPLACED

popular
This Netflix Christmas film is being dubbed the perfect rom-com
"You can’t imagine what it feels to have had a baby and yet feel like you didn’t"
'Suddenly it's all gone' Andrea Corr opens up about suffering five miscarriages
Nicola Coughlan lands "lifelong dream" role as she gets cast in Oliver Twist
Expecting a baby in December? These are the top Christmas-inspired baby names
Why Are Men so Obsessed With Boobs? The Answer is Pretty Surprising...
Kate Garraway gives heartbreaking update about Derek's health
You may also like
3 months ago
Five teenage girls in hospital after Kilkenny crash
8 months ago
Gardaí launch investigation after body recovered from river in Tipperary
10 months ago
Woman taken to hospital after assault in St. Stephen's Green
10 months ago
Gardaí seek man in his 40s with Irish accent in connection with Kilkenny assault
10 months ago
Tributes pour in after sudden death of "much loved" Irish schoolgirl
1 year ago
A woman has died and several injured after Kilkenny crash
Next Page