It's not all in your head.

If you've ever flew off in a temper and attempted to justify it as hunger, the news is good. You're not actually a terrible person. "Hanger" is a genuine emotion.

Granted, the ingenious combination of the words "hunger" and "anger" doesn't necessarily do any justice to this form of behaviour. 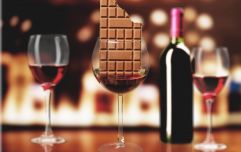 END_OF_DOCUMENT_TOKEN_TO_BE_REPLACED

In truth however, this is an all too real issue caused by neuropeptides, which are protein-like molecules secreted and used by neurons use to communicate with one another.

According to Sophie Medlin, a lecturer in nutrition and dietics from King's College London: "When our blood sugars drop, cortisol and adrenaline rise up in our bodies — our fight or flight hormones."

Interestingly enough, men have far more of the receptors for neuropeptides than women, due to their higher levels in testosterone.

So now you know how to avoid most arguments. Remember, those insults hurled were not in any way personal. They were simply the result of the neuropeptides secreted by your neurons.

Girls With Goals || Her · Ep.161: Feeling Peachy - Sharon Keegan of Peachylean on being an absolute BOSS!
popular
Top 10 best staycation experiences in Ireland revealed
Britney Spears' dad Jamie says he is "sorry" to see daughter in pain
Will Britney ever be freed?
A BBC documentary on the Peru Two is coming next month
Woman escorted from Disney World for "inappropriate" top
Nearly half of men think 36 is "too old" for women to have a baby in UK
Newborn needs 13 face stitches after being cut during emergency C-section
You may also like
1 month ago
Dogs can detect Covid in under a second, according to study
3 months ago
More twins are being born now than ever before, says study
6 months ago
15-year-old scientist named as TIME's first Kid Of The Year
6 months ago
Research confirms gender gap participation in STEM professions
7 months ago
Short women and tall men make the happiest couples, study claims
9 months ago
Are you the middle child? It could mean that you're the better friend AND more reliable!
Next Page