KFC are doing a fried chicken donut burger and yes, you did read that correctly

Listen lads, the harsh truth that we must accept is that a lot of people like fried chicken.

In fact, a lot of people love fried chicken.

It has become a staple of many of hangovers - stuffed into rolls, pulled out of buckets, and dropped all over ourselves as we struggle to get the meat inside of our mouths as quickly as possible.

The same scenario could definitely be applied to the humble donut.

So glazed, so ring-like, so delicious.

And now, it appears that we will no longer need to choose between the two delicacies - because KFC have only gone and combined them. 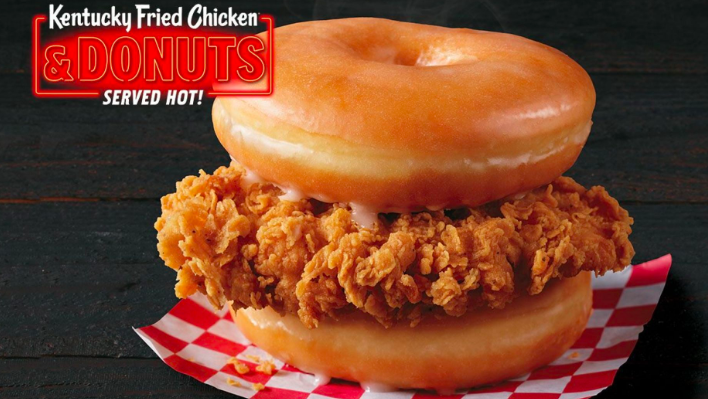 The fried chicken donut sandwich (yes, really) is currently being trialled in select restaurants across the US, giving food-eaters the chance to try a meal that is equal parts spicy and sweet. 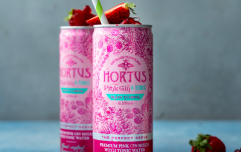 END_OF_DOCUMENT_TOKEN_TO_BE_REPLACED

The piece of secret recipe chicken is being sold sandwiched between two tasty glazed donuts.

And although the fastfood chain haven't yet decided on exactly what variation of flavours they're going to go with, if the sandwich goes down well, it could be rolled out across the country.

And then maybe even across the UK and Ireland too.

This comes after KFC announced that they were trialling vegan fried chicken in the States.

The Beyond Meat, or "Kentucky Fried Miracle", is being sold in one lucky restaurant in Atlanta.

Here's hoping it rolls out for real soon enough.

popular
Paul Mescal wore O'Neill's shorts while carrying cans of pink gin so I bought O'Neill's shorts and cans of pink gin
Aldi's velvet stools are just €25 and don't call us basic for wanting a pink one
This amazing hanging egg chair is coming into Aldi next week and go, go go (but safely)!
After days of silence, Scott and Sofia finally comment on the break up rumours
So, William and Harry have a step sister... and who knew?
"I called my Mum and we both cried" Niamh O'Donoghue on landing the dream job with Vogue
Lidl launches new pre-mixed gin cocktails, right in time for the weekend
You may also like
1 day ago
5 of the best Dublin bars to get takeaway cocktails this weekend
3 days ago
All McDonald's Drive-Thrus to reopen in Ireland on June 4
4 days ago
PSA: White Claw Hard Seltzer is launching in Ireland next month
5 days ago
Domino’s click & collect contact free service available from this week
5 days ago
Planning a picnic? Here's a recipe for vegan carrot cake with orange cream cheese
5 days ago
There's a new focaccia bread-art trend going around and it's completely stunning
Next Page