This latest news about Pringles is just ridiculous

Pringles are crisps. End of.

There is no way in this world, this topsy-turvy, backwards-ass world that Pringles are anything other than crisps. Look at them. Go and buy some Pringles and look at them. Study them closely. Crush them into smithereens and rub the crumbs into your eyes. See that? Do you see? They're crisp crumbs; the crumbs of crisps. Pringles are crisps. 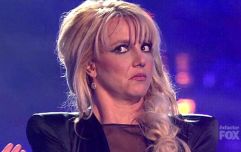 END_OF_DOCUMENT_TOKEN_TO_BE_REPLACED

According to a 2008 High Court ruling - yes, one of the Senior Courts of England and Wales had to get involved in this - Pringles are not crisps. Their "unnatural shape" and insufficient potato content (less than 50%) means that Pringles cannot be potato crisps, so said Mr Justice Warren.

You'd think Pringles would be proud to stand alongside its crunchy brethren and wear the badge of crisp with honour, but potato crisps are subject to VAT, something manufacturer Procter & Gamble (P&G) wanted to change.

On the plus side, that means Pringles are cheaper than they would be otherwise - hard to complain about that.

On the left, Pringles. On the right, a biscuit. INDISTINGUISHABLE.

But then P&G had to go too far. They went through the looking glass. They claimed that, because Pringles are made and shaped from a dough, they are more like a cake or a biscuit. People are peeling their limes... and the internet cannot handle it

END_OF_DOCUMENT_TOKEN_TO_BE_REPLACED

They were and always will be crisps.

popular
Women are rinsing their hair in apple cider vinegar – and the results are amazing
Worried about a loved one? Here are 5 signs of suicide to look out for
Woman hospitalised following stag attack in Co. Kerry
"Hair contouring" is about to be huge, here's everything you need to know
And Just Like That... episode 8: Nobody saw this one coming
Emmerdale actors Max Parker and Kris Mochrie announce engagement
A clip has resurfaced of Machine Gun Kelly discussing a teenage Kendall Jenner
You may also like
2 years ago
Knickers that don't need to be washed actually exist and it's just too much
3 years ago
This is why your hands and feet go all wrinkly when you're in water
3 years ago
This is the most 'perfect' human body and it has scared us sh*tless
3 years ago
This beer belly bum bag is the weirdest thing you'll see today
3 years ago
Man claiming to have time-travelled from the future has a fascinating warning
4 years ago
Mattress Mick has a new ad and we have no words for how weird it is
Next Page