Louis Vuitton to open its first restaurant in Japan next month

You'd want to have expensive taste to book a table.

Get it? Because food.

Louis Vuitton is set to open the doors of its first ever restaurant soon - so if you were looking for a spot to blow an entire month's wages in one night, you've come to the right place.

The restaurant, aptly named Le Café V, will be located on the top floor of the new Louis Vuitton store in Osaka, Japan.

Due to open next month, the restaurant will feature an outdoor terrace, adjoining bar, and menu devised by renowned chef Yosuke Suga.

According to The Drinks Business, the restaurant sounds like it could be first in a long line of expansions the brand are hoping to make in the coming years, as they move deeper into the hospitality realm. 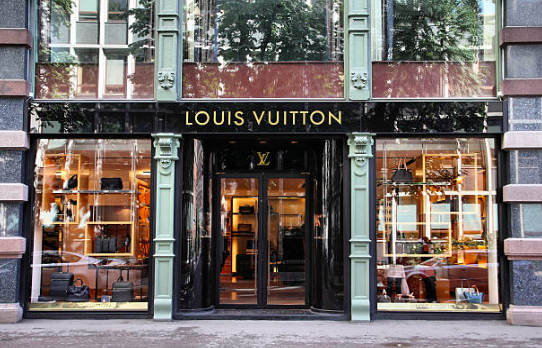 Michael Burke, chairman and chief executive officer of Vuitton, recently suggested that the company are potentially considering moving into the hotel business, with more restaurants and bars planned for the future.

This comes after Tiffany & Co - also part of the LVMH group alongside Vuitton - announced the opening of its Blue Box Café in London's Harrods. 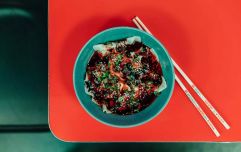 END_OF_DOCUMENT_TOKEN_TO_BE_REPLACED

Bringing a new meaning to Breakfast at Tiffany's (literally), the cafe is due to open its doors to the public on February 14.

The breakfast menu includes the all-butter croissant, which comes with a choice of eggs Florentine, Cornish crab muffins, Faroe-Islands smoked salmon, as well as other mouth-watering options.

There's also the option to have the Tiffany Tea, which has dainty finger sandwiches (with a luxury twist), freshly baked scones and a beautiful selection of patisserie inspired by Tiffany & Co.’s heritage.


popular
You only need five ingredients for this delicious Maltesers and Baileys fudge
The eye cream that produced results in 24 hours (I'm now a complete convert)
Unpacking Kate and Will's Zoom call - so you don't have to
Woman demands her twin sister change her adopted daughter's name as she wants to use it
Patient in Covid-19 ward spat towards nurses on "four to six occasions"
#Covid-19: Pharmacist shares how to tell the difference between hay fever and coronavirus symptoms
Meghan Markle's favourite mascara is one of the all-time beauty greats
You may also like
1 day ago
There's a virtual white wine tasting happening on Instagram tonight
3 days ago
Irish coffee roaster gives proceeds to closed cafés after soar in online sales
1 week ago
Prosecco popsicle molds exist and no, it doesn't matter that it's Monday
1 week ago
Feeling creative? Whip up some Butler's chocolate apple lollipops, sure
2 weeks ago
3 smoothie bowl breakfasts to keep your immune system good and strong
2 weeks ago
#Covid-19: Just Eat to invest €1m package to support restaurant sector amid coronavirus outbreak
Next Page