Mad about wine? Cape Town’s Wineland is top of our bucket list!

Brought to you by South African Tourism.

South Africa is undoubtedly one of the most beautiful places on Earth.

Being a cultural melting pot with endless amounts to see and do, it's entirely worthy of a top spot on anyone's bucket list. 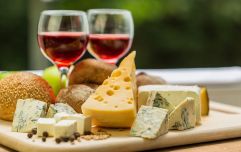 Want to bring a taste of France to your next night in? Lidl are running some incredible offers on their French range this week

END_OF_DOCUMENT_TOKEN_TO_BE_REPLACED

But just to be sure one very key component of a Cape Town escapade doesn't get overlooked, we want to shout about the Cape Winelands - just an hour's drive from the city itself.

Set aside a day to travel the Cape Winelands, where you'll see both colonial and modern wine estates produce some of the world's greatest wines.

One area within the world-renowned wine region you'll want to get to is the college town of Stellenbosch -famous for it's Pinot Noir production (as is Hermanus). Here you can visit around 10 wine regions within a three hour radius!

Swirling around on a guided tour of the vineyards, you'll not only be submersed in all that rustic beauty but you'll learn about what it takes to create the world's greatest wines.

From different grape varieties, healthy soils, wildlife's contribution to biodiversity and ecosystems, plus the national grape - Pinotage, developed in the 1920s - it's a world of wine you'll ADORE exploring, all while on wine safari (yes, that is a real phenomenon!).

The Cape Floral Kingdom - one of the most diverse biospheres in the world - encompasses 13 protected areas in the western and eastern Cape provinces, including the city of Cape Town's Table Mountain National Park, Boulders Beach (where you can visit those famous African penguins!) the Cape of Good Hope (at the Cape Peninsula's tip), the Kirstenbosch National Botanical Garden, plus Table Mountain.

Eating out in the area afterwards is very affordable too, with plenty of foodie options to choose from. Expect real, local, tasty and authentic food to accompany your favourite wine. 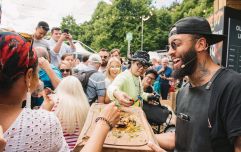 If you're looking for some delicious food and drinks in Dublin next weekend, we've got just the thing

END_OF_DOCUMENT_TOKEN_TO_BE_REPLACED

A popular spot is the restaurant De Volkskombuis, meaning ‘the people’s kitchen.’ With tribal, Dutch, French, Portuguese, English influences, it’s a mouth-watering delight for the palate.

So, when are you off?

Brought to you by South African Tourism.