We all know a suspect.

It appears that fast-food felonies are on the rise and they're closer to home than you think.

Only recently, an Australian man was arrested shortly after his order of 200 hash browns and nuggets was refused, but police in Manchester have also had to investigate some very fishy dealings.

In a tweet this week, they explained that a chipper rang the police because a lad was annoyed that they put gravy on his chips.

999 from fish & chip shop earlier this week - customer kicking off, apparently because they put gravy on his chips.

Shop was closed when we got there later, and in the absence of any other calls, we've assumed no-one got battered... pic.twitter.com/TMZHK3mgJq

If the police arrived in time, would they have to (snack) box him in the head?

Oh, my cod! Could you imagine the ruckus in the plaice? Might they have battered him?

Perhaps this person is just a lowly p(r)awn in the criminal sea, or is he the Codfather? 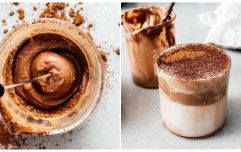 END_OF_DOCUMENT_TOKEN_TO_BE_REPLACED

Regardless of the reason, various members of the public had some questions about this message and the GM Police responded by saying that they:

"... got the sense it was another customer/passerby that rang about a minor issue. We do reflect on any criticism & amend/delete if needed. Our occasional irreverence is not to everyone’s liking but it has brought us a huge platform for the serious stuff like wanted & missing appeals."

Fancy cracking this case? Dig in!

Insp S - got the sense it was another customer/passer by that rang about minor issue. We do reflect on any criticism & amend/delete if needed. Our occasional irreverence not to everyone’s liking but has bought us a huge platform for the serious stuff like wanted & missing appeals

popular
Tributes paid to Limerick based blogger and model Patrick McLoughney
Lidl closing early this weekend to thank staff for hard work
Husband of world champion runner Agnes Tirop arrested over death
Irish The Chase star hits back after fans claim he loses on purpose
Not going anywhere: Baby names set to stay popular for the next decade
The First Quadrillionaire? Paypal Accidentally Gives Man $92 Quadrillion
Squid Game fans spot massive clue in Tug of War game
You may also like
2 weeks ago
Potatoes can make nearly any meal better... here's how
2 weeks ago
SuperValu have unveiled a brand new bakery range and it looks delicious
2 weeks ago
Bride receives bouquet of chicken nuggets from best friend on wedding day
2 weeks ago
You can now get a meat-free chicken fillet roll in Spar
2 weeks ago
3 Biscoff hot chocolate recipes to enjoy this winter
2 weeks ago
Not a fan of pumpkin spice? Meet Nutella latte – the autumn drink of dreams
Next Page