Mariah, whose mother Patricia Hickey had Irish parents and father Alfred Carey was African American-Venezuela, launched the Irish cream this week, much to the delight of pretty much every Irish person on the internet. 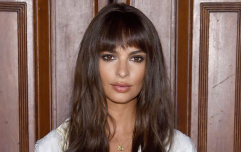 What Emily Ratajkowski eats in a day is actually super surprising

END_OF_DOCUMENT_TOKEN_TO_BE_REPLACED

Yes, every single one.

“Two years in the making. Truly a cause for celebration!!! @goblackirish” she wrote.

Accompanying the text was a photo of Mariah lounging on a beach with the bottle of Black Irish in front of her. Your granny's house with a roaring fire on in the depths of winter would have made slightly more sense, but hey, not all of us can be Irish cream aficionados.

Mariah's new creation comes during a time of turmoil, a point of uncertainty in Irish history - and history everywhere, pretty much.

Covid has been running rampant on our shores for almost a year and a half. We're in dept. Rents continue to increase. There's nowhere to live. The weather was good for about a week and now it's shocking. Every Airbnb in the country is booked out until summer 2024. The Luas isn't actually free.

All of these things, and more, could have had the potential to make 2021 The Worst Year Ever - and it almost did. That was, until, the Queen Diva herself dropped her latest beverage, and suddenly everything was right in the world again.

On a more poignant note, Carey making the decision to celebrate her identity and heritage through the simple form of creamed alcohol is absolutely a move we can get behind.

In 2009, the singer spoke candidly about how she was judged for being mixed race, with many accepting her white Irish background and being critical of her African American-Venezuela one. 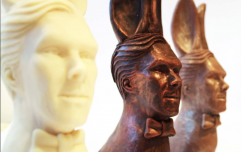 You Can Now Get Your Own Chocolate Benedict Cumberbunny

END_OF_DOCUMENT_TOKEN_TO_BE_REPLACED

“It’s, like, my mother’s white – she’s so Irish, she loves Ireland, she’s like, yay, Ireland! Waving the flag and singing When Irish Eyes Are Smiling. And that’s great. I appreciate that and respect it," she said.

“But there’s a whole other side of me that makes me who I am and makes people uncomfortable. My father identified as a black man. No one asked him because he was clearly black. But people always ask me.

"If we were together, people would look at us in a really strange way. It sucked. As a little girl, I had blond hair, and they’d look at me, look at him, and be disgusted.”

popular
Eoghan McDermott is set to be replaced by another Irish comedian on Love Island Australia
Fashion detox: All you need for the perfect wardrobe is 37 items of clothing
Katie Price's family release statement after her reported arrest for drink-driving
Andrew McGinley praised for strength after cruel Twitter comment
Brian Laundrie's family issue statement as search due to be scaled back
TikTok star Gabriel Salazar dies aged 19, say friends and family
You can now get Percy Pig hooded blankets - and we need them
You may also like
13 hours ago
Hollyoak's Stephanie Davis has experienced a miscarriage
1 day ago
Riverdale's KJ Apa welcomes his first child with girlfriend
1 day ago
Controlling Britney Spears: New documentary airing in Ireland tonight
1 day ago
Molly Mae Hague reveals she had surgery to remove lump from breast
3 days ago
This simple messy ponytail is everywhere and its effortlessly glam
2 weeks ago
Daniel O'Donnell celebrates welcoming twins to extended family
Next Page