Packaging with the new brand name for the famous rice products will be sold around the world next year.

Mars has revealed that the brand name and identity of the famous Uncle Ben’s rice products will be changed to Ben’s Original.

The products will retain the orange colour and blue font of the existing packaging, but the logo will be removed when Ben's Original products hit shelves worldwide from 2021.

The change comes after Mars announced plans earlier this year to evolve the Uncle Ben’s brand, including its visual brand identity.

Uncle Ben’s rice products have been in existence since the brand was established in Texas in 1943. Having first spread to prominence in the United States, the brand became a household name around the world in the latter half of the 20th century.

Since 1946, Uncle Ben’s products have carried a picture of an elderly black man dressed in a bow-tie. Speaking to CNN Business about the decision to change the name and remove the logo, Global President of Mars Food Fiona Dawson said that “for some, it clearly had overtones of servitude, and that is not the brand that we want to represent”.

Dawson said the decision to rebrand the product was made after requests from employees and consumers.

There's no place for anything in this world that hints at social injustice," she said. 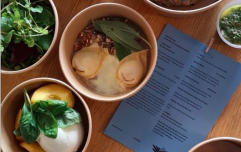 END_OF_DOCUMENT_TOKEN_TO_BE_REPLACED

A statement from Mars on its plans to evolve the Uncle Ben’s brand earlier this year read: “As a global brand, we know we have a responsibility to take a stand in helping to put an end to racial bias and injustices.”

“As we listen to the voices of consumers, especially in the Black community, and to the voices of our Associates worldwide, we recognise that now is the right time to evolve the Uncle Ben’s brand, including its visual brand identity, which we will do.

“We don’t yet know what the exact changes or timing will be, but we are evaluating all possibilities.

“Racism has no place in society. We stand in solidarity with the Black community, our Associates and our partners in the fight for social justice. We know to make the systemic change needed, it’s going to take a collective effort from all of us – individuals, communities and organisations of all sizes around the world.”

popular
Someone has ranked the penis size of men from all over the world
'They're Dead To Me Now' - Kate And Oliver Hudson Have Been Disowned By Their Father
WATCH: Paul Mescal and Daisy Edgar Jones's first Normal People audition is stunning
The Queen has banned Meghan Markle from wearing any of Princess Diana's jewellery
Ryan Reynolds has shared the inspiration behind his daughter James' name
The shows and movies you need to watch before they leave Netflix next month
Trolls target Emma Willis' eight-year-old son over pink clothes and long hair
You may also like
5 days ago
Forget coffee – whipped strawberry milk the new viral drink trend your life needs
5 days ago
Domino's is giving away free pizza to Ireland's frontline care workers
5 days ago
Aldi's prosecco and wine advent calendars are back, and thank God for that
2 weeks ago
Double deck selection boxes are a thing and we need one immediately
2 weeks ago
6 delicious places in Galway with outdoor seating to dine al fresco
2 weeks ago
10 restaurants in Cork with outdoor seating still serving food al fresco
Next Page