This is how McDonald's chicken nuggets are REALLY made

Whether you go for a juicy Big Mac or opt for a  good 'ol wrap, it's safe to say the fast food restaurant saves us after a hangover, or just on days where you need a mighty fill.

And while we've all had the chicken nuggets, there has been many rumours in the past about how exactly the nuggets are made. 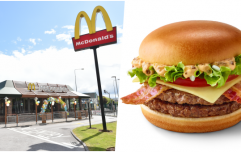 END_OF_DOCUMENT_TOKEN_TO_BE_REPLACED

Basically - whatever goes... bones and all.

Well, one Youtuber called My Virgin Kitchen went inside McDonald's factory for a day to see how everything was done - and one stop he made was to the nugget station.

Now, the video is sponsored by McDonald's, but it all seems pretty legit.

From the 10 minute video, Barry shows us that it's only the chicken fillets that are used. They're inspected first before going through a grinder to get minced.

"The chicken breast comes in and is inspected by hand before being turned into chicken mince. Now the folks at McDonald's are happy to show [this process].

"It's exactly the same thing [as mincing chicken at home], just on a bigger scale. Just chicken breast ground up and then marinated. 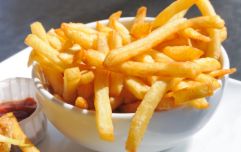 This sauce sachet hack is a game changer for eating chips

END_OF_DOCUMENT_TOKEN_TO_BE_REPLACED

"Yes, marinated for extra flavour. It is then compressed and flattened to make pressing the nugget shapes achievable. There are a variety of stages here, [including] a gentle breadcrumb and batter, then flash frying, before going through a slow freezer. Then they're ready to be bagged up."

So... yeah, that's basically it. Not as manky as we thought after all.

popular
Here are all the Instagram accounts of the stars of Netflix's Cheer
A celebrity hairstylist just shared a genius hack for the perfect messy bun
16 and Pregnant star Jordan Cashmyer dies aged 26
Someone has ranked the penis size of men from all over the world
Gardaí seize two cars linked to Ashling Murphy death as they question new suspect
Dancing on Ice professional Sean Rice dies at 49
Irish in Sydney shaken by Ashling Murphy murder
You may also like
5 months ago
PSA: You can get cheesy garlic bites at McDonald's now
6 months ago
McDonald's to create 800 jobs in Ireland
6 months ago
People are making McFlurries at home - and they look delicious
8 months ago
Your McDonald's fries will never go soggy again - if you leave the bag open
11 months ago
McDonald's walk-in takeaway services to reopen this month
11 months ago
McDonald's is bringing back the Flake McFlurry and has a new crispy chicken burger addition
Next Page