If you eat meat, there are probably a lot of things that you're annoyed by.

Processed muck being disguised as your favourite meal is one thing. The fact that sausages are a carcinogenic is another.

Both worthy things to have the odd meltdown or two about, in fairness.

One thing that generally isn't worth getting annoyed about is the existence of vegan food.

If you're an avid meat-eater, you probably don't have much of it in your diet anyway, and even if you do, so what? Food is food and most of it is delicious anyway so whatever.

Turns out though that a lot of people don't have the same chill when it comes to meat-replacements and those people like to air their grievances online.

Here's what kicked them off - a photo of a vegan smoked brisket created by a guy named Kevin Biegel.

Vegan brisket experiment was a success! 18 hour smoke over oak. Is it beef? Nope. But the taste/texture are pretty great. Mix of jackfruit, seitan, miso, beer, Franklin BBQ sauce made w extra sugar so it carmalized to a crust — and it did! Plus I don’t feel gross after eating it! pic.twitter.com/BivCMm4D3c

Kevin's vegan brisket was made using jackfruit, seitan (a food similar to tofu), and a load of different condiments to make it super spicy. 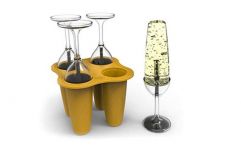 Prosecco popsicle molds exist and no, it doesn't matter that it's Monday

END_OF_DOCUMENT_TOKEN_TO_BE_REPLACED

It was also smoked over oak for 18 hours and caramelised afterwards to give it that traditional smoked brisket texture.

And while a lot of people thought the vegan brisket looked delicious, lots of others were quite angry by the existence of the brisket.

"Calling the police," wrote another.

"Vegans love spending every waking hour trying to make stuff taste like meat," said someone else.

Kevin then defended his creation by saying that he was actually a casual meat-eater himself and that he just wanted to make something that didn't make him feel horrible after he ate it.


popular
David Beckham shared his dinner on social media and we really wish he hadn't
10 summmer dresses we are ordering this week to cheer ourselves up
RTÉ share details of new classic movie schedule - and it all kicks off tomorrow
5 new additions to Netflix to spend your weekend watching
Disney Plus announces new titles coming in April
Katy Perry reveals the gender of her first child with Orlando Bloom
19 brilliant books to read while you're social distancing
You may also like
1 week ago
Feeling creative? Whip up some Butler's chocolate apple lollipops, sure
1 week ago
3 smoothie bowl breakfasts to keep your immune system good and strong
1 week ago
#Covid-19: Just Eat to invest €1m package to support restaurant sector amid coronavirus outbreak
2 weeks ago
Happy National Jambon Day: a tentative celebration during this trying time
2 weeks ago
3 St Patrick's Day cocktails you can make tonight with minimal ingredients
3 weeks ago
Dublin is the third most expensive city in the world for fish and chips
Next Page