The cakes have just been released in the UK, emerging on shelves in Asda stores within the last week. 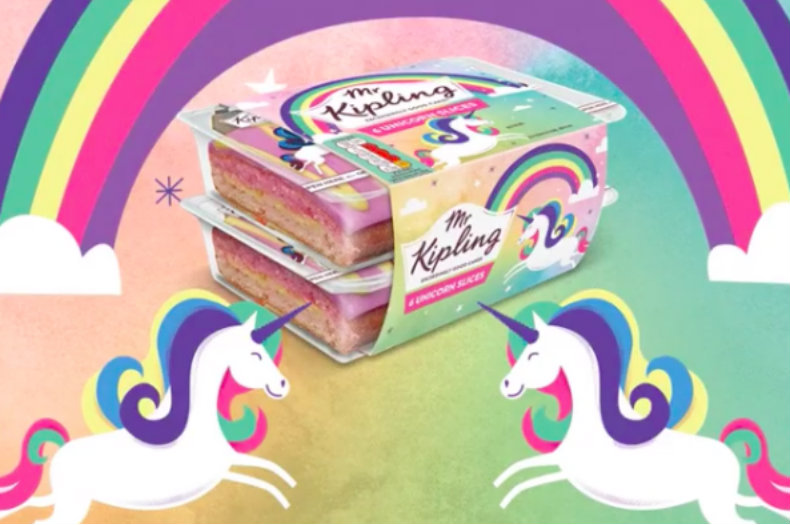 However, the brand says that more stockists are being rolled out this month and next: the slices will be available at Tesco and Sainsbury’s from mid-March, followed by Morrisons and the Co-op later in the year.

Premier Foods is expected to bring the treats into Ireland soon too - although we don't have an exact released date yet.

They're made using vanilla sponge, are filled with vanilla mallow, and topped with purple and yellow icing. The unicorn slices are on sale for £1 initially - rising to £1.75.

Did someone say unicorns? 🦄 Our NEW Unicorn Slices are definitely not a fantasy… pick yours up from Asda today! pic.twitter.com/zIC6bfDCUD 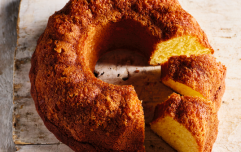 Having friends over for brunch? Rick Stein's rich cake recipe is sure to impress

END_OF_DOCUMENT_TOKEN_TO_BE_REPLACED

"The trend for mythical unicorns shows absolutely no signs of abating, from slippers to tea pots; we simply can’t get enough of these magical creatures," Premier Foods said in a statement. "Mr Kipling has made our fairy tale cake dreams come true."

Taking to social media to announce the news, Mr Kipling: "Did someone say unicorns? Our NEW Unicorn Slices are definitely not a fantasy… you can pick yours up from Asda today!"

"Pastel hues are our go-to colour scheme for a refreshed room. From blush pink to lashings of lilac, this perfect palette will uplift your space; with a *poof* of unicorn goodness, it’s time for a bedroom glow-up," the brand's website reads.

Let's hear it for unicorns!


popular
Holly Willoughby's checked Zara skirt is the perfect way to dress up your everyday look
Penneys is selling the cosiest grey jumper for just €12, and we need it
Love Island's Rebecca appeared to have her contraceptive patch on last night and fair play to her
Celebrities have nothing but praise for Jennifer Aniston's 'morning after' post
Bank of Ireland warns customers to delete latest scam text from phones immediately
Louise Cooney just wore a gorgeous €65 coat from Pretty Little Thing and we ADORE it
Meghan Markle's new title is likely to be changed, as she's now styled like a divorced woman
You may also like
2 months ago
10 amazing (but scary) mummy cakes your Halloween needs
11 months ago
Just look at the stunning biscuits Meghan Markle had at her NYC baby shower
11 months ago
We're spending our Saturday night in making this one-pot gooey Reese's cake
1 year ago
This booze-filled 'poke cake' will be the most delicious thing you make all month
1 year ago
Having a wedding? Here's where to get the wedding cake of your dreams
1 year ago
This pimple popping cake video cannot be unseen and MY EYES
Next Page