It may be one of our best-loved foods but there's now a very good reason we should be ditching Nutella.

It turns out that the hazelnuts, a key ingredient used by Ferrero to make their popular chocolate spread, come from a fairly dark place.

An investigation by The New York Times has found that the nuts are farmed largely by workers, some of whom are children, in grim conditions living on miserable wages.

The majority of the world's hazelnuts come from Turkey, a third of which are bought by Ferrero.

On these farms, the work is bleak and dangerous as labourers haul heavy bags of hazelnuts up steep slopes, many of them during 12-hour shifts, seven days a week. 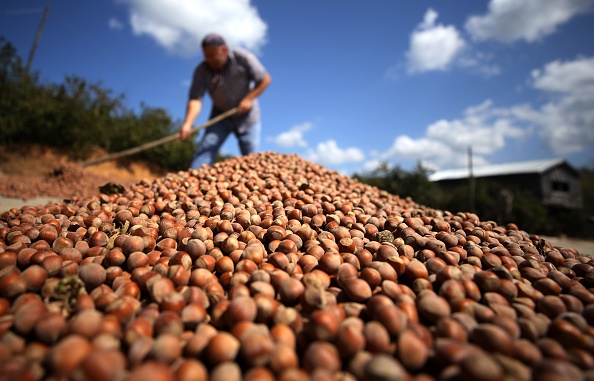 The men and women who toil to produce the hazelnuts are paid little, often far less than what they were promised when they took the job.

Many of them are refugees from nearby Syria who have few legal protections and so are easily exploited by the farm middlemen who recruited them.

One man told the Times that he earned just $10 a day, half of what he was told he'd take home.

Often, families are forced to put children to work to help supplement their parents' poor pay.

Because of their wages, these people also live in desolate accommodation.

One man described how he and his teenage sons live in a decaying house, though many others live in plastic tents along the roadside. 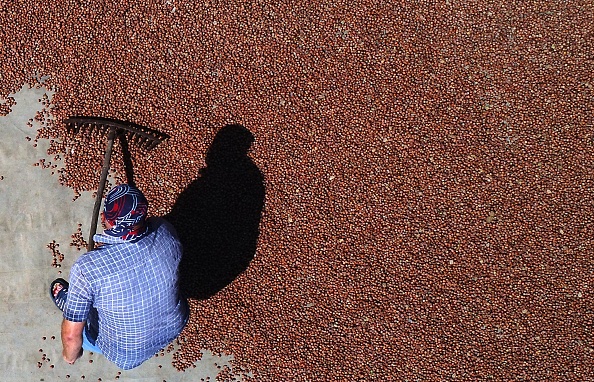 Of course, it's not just Nutella that's the problem.

Ferrero uses the hazelnuts to make other products including some of its Kinder bars, while other major confectionary brands like Nestlé and Godiva also buy from Turkey.

As the country that produces 70 percent of the world's hazelnuts, Turkey has control of the global market.

It doesn't look like these brands will change where they buy from in the near future if they want enough hazelnuts to keep up with international demand. 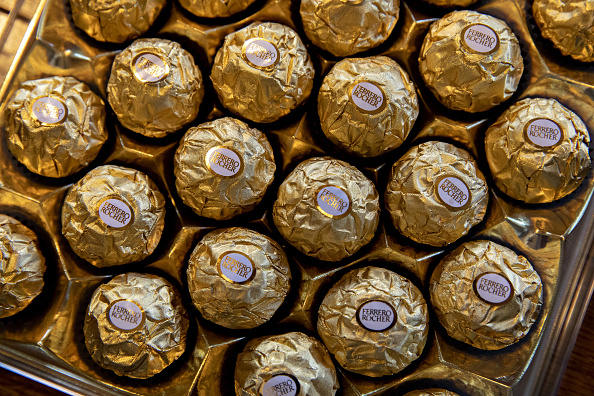 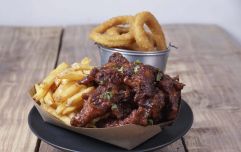 END_OF_DOCUMENT_TOKEN_TO_BE_REPLACED

In a statement, Ferrero said that it expects the farms it buys from to be “dedicated to providing its people with safe and decent working conditions" but wouldn't name a single farm it uses.

The Fair Labor Association, meanwhile, said that in six years of checks it "never found a single hazelnut farm in Turkey in which all decent work principle standards are met. Across the board. Not one.”

So, yeah. Nutella is cancelled.

popular
Cheese, chocolate or pasta? What your food cravings mean
'Beard-baiting' is now apparently a dating trend - and we're all for it
Curtain bangs are trending - here's everything you need to know
10 women on the relationship deal-breakers they learned the hard way
Rose Leslie and Kit Harington share baby news with super cute photo
QUIZ: How well do you really remember the first episode of Sabrina The Teenage Witch?
Will there be a second season of Gilmore Girls: A Year In The Life? Here's what we know
You may also like
10 months ago
California is now home to a real-life Nutella hotel, take us there immediately
11 months ago
Miss Nutella? M&S has just launched a vegan hazelnut chocolate spread
1 year ago
Nutella PASTA is now a thing and it looks weirdly delicious
1 year ago
A shop is selling a 1kg jar of Nutella for less than €5
1 year ago
The two-ingredient Nutella brownies that will make Sunday so much better
1 year ago
It's World Nutella Day so here's a recipe for some gloriously gooey Nutella cookies
Next Page