One in five people think goat's cheese and eggs are vegan, says study

When it comes to vegan food, you can forgive the general public from being a bit confused from time to time.

Don't know what seitan is? Cool, neither do most of us.

Never tried deep fried tofu before? You're not alone.

Think that goat's cheese and eggs don't actually come from animals despite them clearly coming from animals? Sorry mate, you're actually on your own with that one.

Except, maybe, you're not, because according to a new study, one fifth of people do actually believe the above to be true. 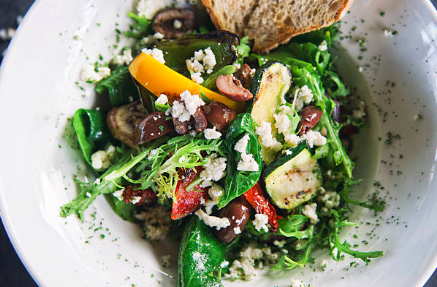 Recently, meal kit company HelloFresh asked 2,004 UK adults some questions about food, where it comes from, and the variations of diets that people are now on.

And while the majority of them did indeed understand that goat's cheese comes from a goat (!), a considerable number of them didn't. END_OF_DOCUMENT_TOKEN_TO_BE_REPLACED

20 percent of those surveyed said that they thought eggs were vegan, with 22 percent saying the same amount about goat's cheese.

The survey also asked respondents some questions about where they thought their food was coming from.

It showed that 11 percent of people presumed that tea was grown in the UK, with one fifth (22 percent) thinking that veal actually comes from a deer - not a calf. 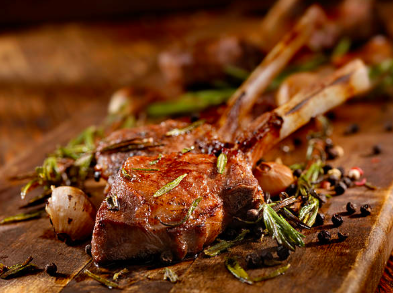 10 percent of people also thought that tofu was a type of mushroom, which definitely isn't as concerning as thinking that goat's cheese is vegan, but sure look.

Andre Dupin, head chef at HelloFresh UK, said that he was fairly surprised by the amount of people who admitted to being unable to cook basic meals too.

Around half of those surveyed said that they had struggled to make standard enough dishes like avocado on toast, or a curry.

“It's surprising to see that some of the most popular foods, as well as things that Brits have always held dear to them, like chicken tikka masala, are difficult for people to cook from scratch," he said.

"We found that 61 percent of Brits didn’t know how to cook this national favourite.”

Not sure if us Irish would fare any better, mate.

popular
Paul Mescal wore O'Neill's shorts while carrying cans of pink gin so I bought O'Neill's shorts and cans of pink gin
Aldi's velvet stools are just €25 and don't call us basic for wanting a pink one
This amazing hanging egg chair is coming into Aldi next week and go, go go (but safely)!
After days of silence, Scott and Sofia finally comment on the break up rumours
So, William and Harry have a step sister... and who knew?
Lidl launches new pre-mixed gin cocktails, right in time for the weekend
Bonnie Langford Speaks Out About Divorce
You may also like
1 day ago
5 of the best Dublin bars to get takeaway cocktails this weekend
3 days ago
All McDonald's Drive-Thrus to reopen in Ireland on June 4
4 days ago
PSA: White Claw Hard Seltzer is launching in Ireland next month
5 days ago
Domino’s click & collect contact free service available from this week
5 days ago
Planning a picnic? Here's a recipe for vegan carrot cake with orange cream cheese
5 days ago
There's a new focaccia bread-art trend going around and it's completely stunning
Next Page