Think of the grimmest thing you could possibly have for breakfast.

Now forget all about that thing because this thing is absolutely at least 10 times more grim and once you see it, you will not be able to forget about it for about four days.

Reddit user Jeffrey Russell took to the site to share a photo of the extremely questionable breakfast that his friend had sent him.

According to the friend, their co-worker was eating the following concoction for breakfast.

A friend took this pic of their coworker's breakfast... from r/shittyfoodporn 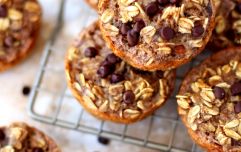 Make-ahead breakfast: 5 healthy and delicious treats ready to grab on the go

END_OF_DOCUMENT_TOKEN_TO_BE_REPLACED

That is a hard-boiled egg crushed in with some chopped banana in a bowl, yes.

... And, unsurprisingly, people were fairly horrified by it.

"Might be the "fuck it" stage of their New Year's diet," suggested another. 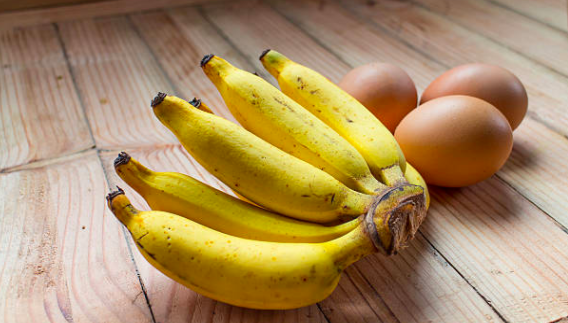 One user theorised that the unknown person was simply trying to get their protein levels up and that desperate times had led to desperate measures.

They said that they too had consumed their fair share of "misery gruel" in the form of "... tuna and plain yogurt mashed into the hard boiled egg whites instead of banana."

Christ, it just gets worse, doesn't it?

popular
Ekin-Su Cülcüloğlu signs the biggest fashion deal in Love Island history
Love Island producers respond to claims Jacques was kicked off the show for "bullying"
Lisa Kudrow addresses lack of diversity on Friends
Met Éireann extends high temperature warning for Ireland this weekend
Five teenage girls in hospital after Kilkenny crash
Paige Thorne breaks her silence on Jacques O'Neill drama
Love Island's Amber opens up on unaired fight between Remi and Jacques
You may also like
11 months ago
Cereal milk lattes are trending – and it might change your breakfasts forever
1 year ago
Apparently we've been eating Nutella wrong this whole time
1 year ago
Pesto eggs are going viral on TikTok – and when you try them, you'll see why
2 years ago
Breakfast, lunch and dinner: how to make your favourite meals tasty and nutritious
2 years ago
#CuratedWithCassie: Our new episode is all about Irish-made skirts and skincare... for guys
2 years ago
Making these lentil fritters for Sunday brunch is as simple as mix, fry, DEVOUR
Next Page