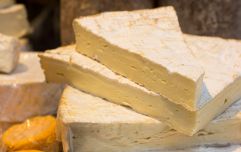 END_OF_DOCUMENT_TOKEN_TO_BE_REPLACED

One of the most under-appreciated aspects of the wedding food hype has to be the wedding cake.

By the time that comes around, everyone's already pretty full and not really in the mood for a load of sponge and icing.

And you definitely won't be in the mood for it at all once you hear what the cutting of the wedding cake signifies.

Way back when, people used to have to wait until their wedding night to have sex.

Or rather, the bride had to ensure she waited until her wedding night. Didn't really matter what the lad did, did it? 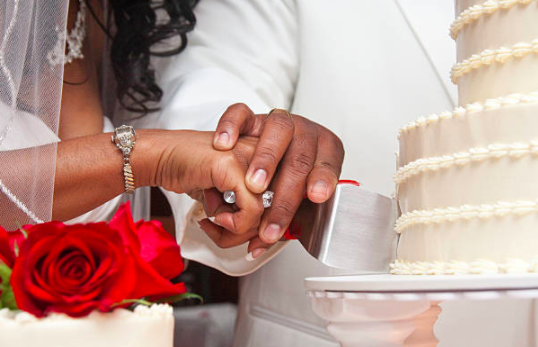 Anyway, in order to let everyone know exactly what was going to be going down on their wedding night, the bride and groom had to cut the cake in front of everyone... to signify the breaking of the wife's hymen.

According to Aleisha McCormack, founder of wedding website Bridechilla, the trend started way back when cakes still symbolised vaginas in ancient Rome.

Because apparently that's a thing.

"This is a very old school tradition, a lot of us don’t think about the connection between the vagina and the cake.

“To be honest, I love eating cake and I’ll have any excuse and I don’t see it as a salute to the patriarchy." 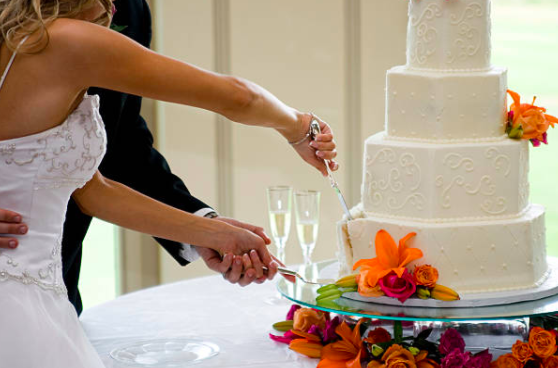 END_OF_DOCUMENT_TOKEN_TO_BE_REPLACED

Weddings themselves are riddled with salutes the patriarchy as it is.

A man walking the bride down the aisle, the father of the bride giving his daughter away, and the word 'obey' still being in many wedding vows is testament to this... we just weren't aware that the cutting of the cake had such strange connotations either.

Luckily, wedding guests these days don't sit there thinking that.

Instead, they're too busy thinking about when the free bar is closing - and about how much they don't want to eat cake.

Girls With Goals || Her · Ep.160: The Beauty Of Coaching - Hayley Harrison joins us from Sport Ireland
popular
You can now get Hyaluronic Acid at Dealz for €4
These 14 Dublin attractions are opening their doors again next week
Doctors warning young people against 'sun cream contouring' TikTok trend
Irish company launches 1.5 litre wine 'Bagnum' - a magnum in a bag
More footage of Tristan Thompson cheating on Khloe has emerged
28 amazing Irish glamping spots for your 2021 staycation
Norah Patten: "There’s so much camaraderie in STEM courses between women"
You may also like
2 years ago
Bride demands refund for 'ugliest cake ever', baker blasts her online
2 years ago
6 unique (and totally delicious) alternatives to wedding cakes
2 years ago
It took 500 eggs to bake Harry and Meghan's lemon and elderflower wedding cake and yeah, it shows
3 years ago
We have all the details on Meghan and Harry's wedding cake
3 years ago
These are going to be the most popular wedding cake trends for 2018
3 years ago
Expert says brides want THIS type of cake for 2018 weddings
Next Page