Say Goodbye To The Time Out Bar, They Are Being Replaced

I often get stick in the Her office for admitting that the Time Out is my favourite chocolate bar.

What's not to like, it's got the right amount of Cadbury's chocolate, the perfect amount of crunch from the wafer and the flake carefully placed in the centre of the bar finishes it off nicely.

But now, they are about to become extinct.

They're being replaced by a Time Out Wafer. A WAFER! It's basically just a big version of the Pink Wafer. 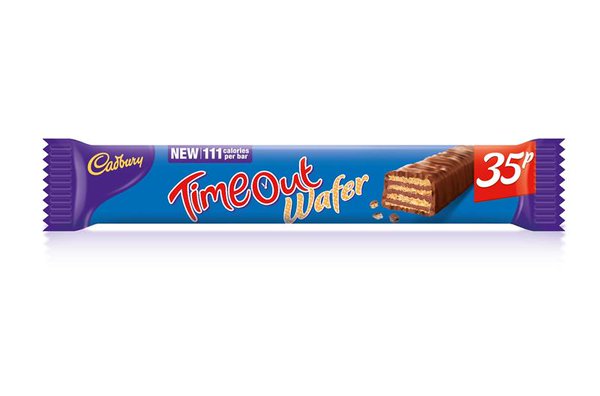 I've tried the new version and although it is still delicious, it's not a patch on the humble Time Out. END_OF_DOCUMENT_TOKEN_TO_BE_REPLACED

The reason for the change is because of the lack of interest in the bar by the general public.

The UK Cadbury's Twitter account told one customer, "Research shows Cadbury Time Out wasn't as popular as other bars so instead of discontinuing it. We’ve gave it a helping hand with a few changes!"

We reached out to Cadbury for comment on the change and they said, "Cadbury Time Out in its current form has been discontinued due to declining demand in recent years. We saw this as an opportunity to evolve the brand and are therefore bringing to market a new bar, called Cadbury Time Out Wafer,  a delicious snack that has  a new chocolate and wafer combination."


popular
Tesco Ireland to introduce priority shopping hours for healthcare workers
Zara's €50 FAB floral dress is all over Instagram and you won't want to miss out
#beautyathome: How to safely remove your gel polish or extensions at home (without wrecking your nails)
Netflix have cancelled Messiah after one season
Actor Mark Blum dies of complications arising from Covid-19
#Covid-19: Vodafone Ireland announces new measures to help vulnerable and isolated people during coronavirus outbreak
The Graham Norton Show will return but there's going to be some small changes
You may also like
1 month ago
These vegan chocolate fudge cupcakes are the next treat to pick up on your 'big shop'
2 months ago
Tony's Chocolonely is the epitome of guilt-free chocolate and it's utterly delicious
3 months ago
Leftover chocolate? These honeycomb cornflake bites take literally FIVE ingredients
3 months ago
Chocolate may help soothe your cough better than cough syrup, doctor says
3 months ago
Chocolate hummus is surprisingly delicious and takes minutes to make
3 months ago
It's Cadbury Secret Santa! Here's how to surprise someone with a secret chocolate delivery
Next Page