A good gift, a safe gift.

But, if you really want to woo the missus, adding a few tenders of KFC chicken among the roses? Total game changer. 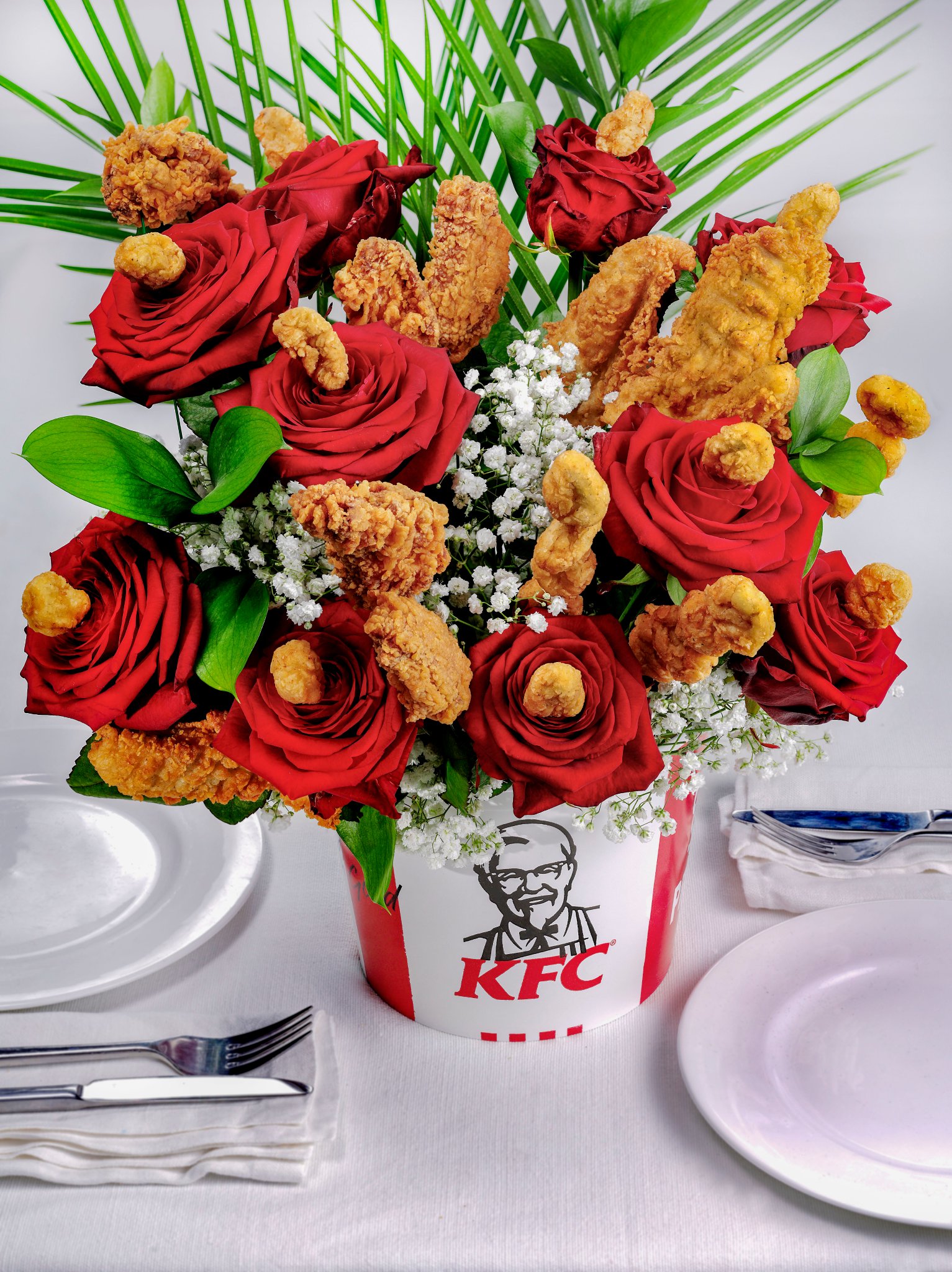 Given that she actually likes chicken, isn't a veggie and would appreciate you going the extra mile, well then, hello best partner in the world.

The Bouquet de Poulet features a variety of mouth-watering hot wings, popcorn chicken and tender fillets presented in a KFC bucket interspersed among a bouquet of flowers and was made in a partnership between a British florist and KFC.

A bouquet which unfortunately isn't available to buy but... was made in a way that's easy to copy for you at home. Gracias.

Chicken and flowers, I mean talk about making a gal blush. All we're missing now is a tub of Ben & Jerry's new V-Day ice cream and we'll be weak at the knees for 364 more days.

You can read all about the new ice cream here plus, the fact that it's also dropping in Boojum stores nationwide.

popular
Eoghan McDermott is set to be replaced by another Irish comedian on Love Island Australia
Katie Price's family release statement after her reported arrest for drink-driving
Fashion detox: All you need for the perfect wardrobe is 37 items of clothing
Andrew McGinley praised for strength after cruel Twitter comment
Brian Laundrie's family issue statement as search due to be scaled back
Love Island's Toby reveals all about his plans for an Irish visit and his big move with Chloe
TikTok star Gabriel Salazar dies aged 19, say friends and family
You may also like
2 days ago
These newlyweds wore tracksuits to their reception
1 month ago
Tom Daley went viral for knitting at the Olympics - and it's all for charity
5 months ago
Shrek fan notices X-rated Easter egg that we all missed as kids
7 months ago
Teens on TikTok are saying they wish they were born in the 90s and I feel old
10 months ago
Dublin Airport had brilliant response to Wild Mountain Thyme
1 year ago
Lisa McGee's Tweets about the Derry Girls' favourite movies are pretty much perfect
Next Page