If there's one thing we look forward to every year, it's the festive JOY that Starbucks brings us. 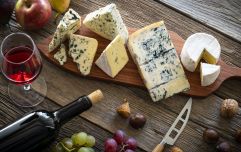 END_OF_DOCUMENT_TOKEN_TO_BE_REPLACED

Each year, as soon as Halloween is over, the coffee chain reveals its famous red cup.

As of this morning, the festive cups have arrived.

There are four this year, each with a cute little story to tell. 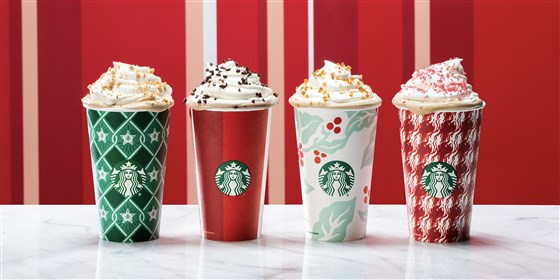 The "Stargyle" sweater cup takes inspiration from the stars illustrated around Starbucks stores, and those that have appeared in the company’s logo, since its founding in 1971.

Advertisement
The “Espresso Houndstooth” cup features a steamy red and white design meant to capture that toasty feeling found around a fireplace.

"Festive flora" is a nod to both festive holly bushes and the coffee cherry plant, with bright red berries that represent both plants.

Introducing the limited-edition #Reusable #RedCup! Tomorrow (Nov. 2), get yours for free with the purchase of any holiday drink, and celebrate all season long. ✨

(US + Canada, at participating stores while supplies last.) pic.twitter.com/CucF1ksKNH

They have also introduced a reusable red, while stocks last!

popular
Man arrested after woman raped on train as passengers filmed it
How to turn 20 days of annual leave into 50 days off
Richard Madeley under fire for comments about Kate Middleton's waist
Gwen Stefani reportedly pregnant with baby number four
70-year-old woman reportedly becomes first-time mum after welcoming baby boy
WATCH: The first trailer for Ozark Season 4 just dropped
Someone has ranked the penis size of men from all over the world
You may also like
2 days ago
You can now apply for tickets to the Late, Late Toy Show
3 days ago
Boots have revealed their top gift sets for Christmas – and Santa, are you listening?
1 week ago
This year's Body Shop advent calendars are more sustainable than ever
1 week ago
Christmas lights are already going up around Dublin city
1 week ago
Magical and festive – we have had a sneak peek at Sostrene Grene's Christmas collection
1 week ago
Nespresso has just launched an advent calendar perfect for coffee connoisseurs
Next Page