You can now get "tearless onions" in the UK

There are very few recipes that cannot be improved by the addition of the onion.

Chillis, curries, soups - white and red onions are the staple of almost every dish. Having said that, as delicious as they are, chopping them isn't always a seamless process. 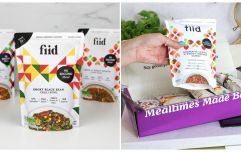 END_OF_DOCUMENT_TOKEN_TO_BE_REPLACED

Indeed, the second my knife goes on, the tears come out, as the vegetable's vapours cause my eyes to water mercilessly. Some cooks place a glass of water next to their chopping board and hope that it absorbs some of the vapours, while others wear goggles to protect their eyes.

However, one plant breeder appears to have devised a possible solution to onion-triggered crying.

RTÉ reports that Rick Watson, who works for the Germany chemical company BASF, has bred a "tearless onion" which will shortly go on sale in the UK.

Watson's "Sunion" is the result of over 30 years of plant breeding as opposed to genetic modification. Since the 1980s, he bred less pungent varieties of onion with milder vapours, ensuring that the cook isn't brought to tears.

Explaining their appeal, Sunions' website says: "Volatile compounds in onions are responsible for tearing and pungent flavour and the amounts of those compounds in other onions remain the same or increase over time.

"In Sunions, these compounds do the exact opposite and decrease to create a tearless, sweet and mild onion."

Sunions have been on sale in the US for almost four years, but they are expected to hit the shelves of Waitrose next week. 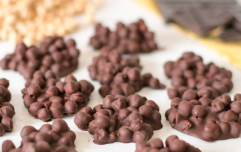 END_OF_DOCUMENT_TOKEN_TO_BE_REPLACED

They'll retail for £1.50, which is 30p more than standard tear-inducing onions.

As promising as they sound, reviews of the product so far seem to suggest that their tearlessness may come at the expense of that classic oniony flavour.

For instance, a 2018 review by the Washington Post said that they were "sweet enough that you could sit there and eat them like popcorn".

popular
Women are rinsing their hair in apple cider vinegar – and the results are amazing
"Hair contouring" is about to be huge, here's everything you need to know
Here are all the Instagram accounts of the stars of Netflix's Cheer
Woman hospitalised following stag attack in Co. Kerry
Worried about a loved one? Here are 5 signs of suicide to look out for
Here's what happens on every day of your menstrual cycle (roughly)
Someone has ranked the penis size of men from all over the world
You may also like
1 week ago
Krispy Kreme has finally launched 3 delicious new vegan-friendly doughnuts
2 weeks ago
3 delicious bone-warming soups to whip up in your slow-cooker this weekend
2 weeks ago
Baked oats is the TikTok breakfast trend your winter mornings are crying out for
2 weeks ago
Meal prep: How to meal plan for the week – and tips to get you started
4 weeks ago
M&S are doing a seriously delicious dine-in deal for New Year's Eve
4 weeks ago
This healthy 3-ingredient 'Nutella' freezer fudge is a game-changer
Next Page