There's a Pizza Only Diet and It's Really Good For You

Great news on the food front today with the WHO totally revoking that slander against bacon. And when we thought it couldn’t get any better, we’ve just learned that the pizza only diet isn’t terribly bad for you either.

Florida based cyclist Matt McClellan wanted to loose a few inches around his waist but was not eager to relinquish his deep pans. Plus, as a pizzeria owner, Matt’s close proximity to pizza would undeniably be a problem. 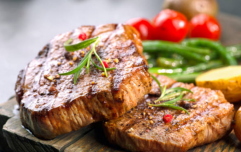 Steak and chocolate diet proven to lose weight, and we're here for it

END_OF_DOCUMENT_TOKEN_TO_BE_REPLACED

Based on an approach designed by nutritionist and bodybuilder Layne Norton, the “pizza diet” is felixible in the sense that it incorporates macronutrients like fats, carbs, protein, and fiber. “Under the flexible dieting concept, there is no such thing as a ‘good’ or ‘bad’ food,” Matt said.

Layne believes the pizza diet will be super successful due to its avoidance of extremism preferring instead to use your favorite foods to create a well-balanced and healthy diet that will ultimately prevent cravings.

Matt ate 2,400 calories a day complete with six total slices of pizza, choosing the healthiest toppings. He opted for lean proteins, veg rich in antioxidants and healthy fats. He would eat a slice every two hours. Le reve.

Exercise was also a crucial part of the diet with Matt working out for 1 hour 5 times a week. He alternated between cycling, running and swimming. 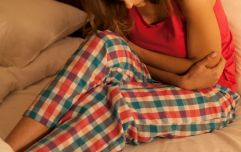 END_OF_DOCUMENT_TOKEN_TO_BE_REPLACED

After four weeks Matt had dropped an astonishing 24 pounds. His cholesterol was lowered from 243 to 157, and his body fat percentage went from nearly 20 percent to nine percent.

He picked up a few tips on the way and says you should opt for a light thin crust, avoid fatty toppings like sausage and pepperoni, add garlic to the sauce as an immunity booster and pile up veg on top.

popular
This Netflix Christmas film is being dubbed the perfect rom-com
"You can’t imagine what it feels to have had a baby and yet feel like you didn’t"
Why Are Men so Obsessed With Boobs? The Answer is Pretty Surprising...
'Suddenly it's all gone' Andrea Corr opens up about suffering five miscarriages
Nicola Coughlan lands "lifelong dream" role as she gets cast in Oliver Twist
Expecting a baby in December? These are the top Christmas-inspired baby names
Here's how much money your fav Christmas song makes in royalties each year
You may also like
1 month ago
Government plans to ban smoking from parks and beaches
2 years ago
Mask up: 5 seriously stylish face masks to order now (because they will sell out)
3 years ago
Hungover? Try this chef's patented cure to get you through the day
3 years ago
Science says this is how you know if you should shower in the morning or night
3 years ago
A study has found whether running or walking is better for your health
3 years ago
This major pancreatic cancer breakthrough offers new hope for treatment
Next Page