If a rasher sandwich doesn't help ease your pain, a tub of Ben and Jerry's is usually worth a shot, but a South Korean company claim their new ice cream really does cure a hangover.

The Gyeondyo-bar (which translates to ‘hang in there’) is a grapefruit-flavoured ice cream made with oriental raisin tree fruit extract, an ancient Korean headache remedy. 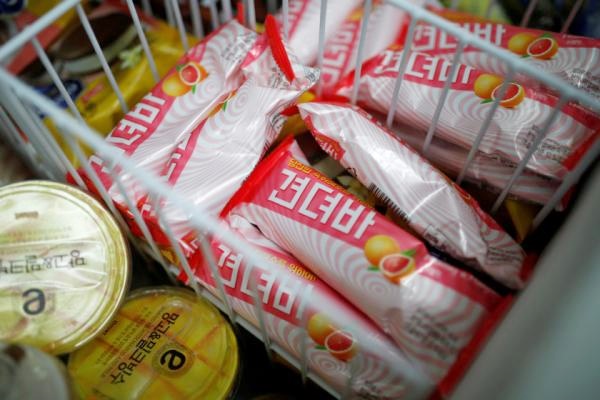 Grapefruit scent has long been associated with energy, cleansing and reducing fatigue, while a small study confirmed that oriental raisin tree fruit extract did have the power to neutralise the effects of alcohol in rats.

What's more, the aroma of grapefruit oil eases anxiety and replaces self-loathing with confidence - just what you need when you've spent the morning swearing you will never drink again.

Wrap that up in a bar of ice-creamy goodness and you've got the Holy Grail of hangover cures. Or at least a treat that's slightly more effective than four packets of Monster Munch and a litre of tea. 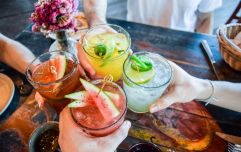 END_OF_DOCUMENT_TOKEN_TO_BE_REPLACED

South Koreans are the biggest boozers in Asia, throwing back 12.3 litres of alcohol each per year, so they'll be relieved when the Gyeondyo-bar hits convenience store freezers there next week.

There are no plans to launch the bar here in the near future but in the meantime we can recommend an aspirin and a Solero.

popular
4 new additions to Netflix to spend your weekend watching
QUIZ: How well do you remember the first episode of Gilmore Girls?
Selling Sunset's Chrishell Stause reveals "the brokerage has split"
Here's what happens on every day of your menstrual cycle (roughly)
5 Netflix releases to keep an eye out for in October
"I was petrified and wanted a hand to hold:" Irish women call for the ease of maternity restrictions
A gynaecologist has given the tampon its first notable redesign in 80 years
You may also like
8 months ago
Marriage expert gives her tips on what to do if you're hungover on your wedding day
8 months ago
This is why your hangovers get worse as you get older
9 months ago
Hungover? The 8 minute garlic bacon toastie is what you absolutely NEED
10 months ago
Try it: the fried mash potato waffles that will cure your hangover
11 months ago
Hungover? Try this chef's patented cure to get you through the day
11 months ago
A German court has ruled that hangovers are an illness
Next Page