We get a lot of lovely things sent in to us at Her.

Everything from makeup samples to cool event invites land on our desk on a weekly basis, but one surefire way to get everyone here very excited is with an ice cream drop.

Ben & Jerry's perked us all up this week when they kindly delivered some of their new vegan ice creams to the office and savages that we are, we decided to try them on the spot. 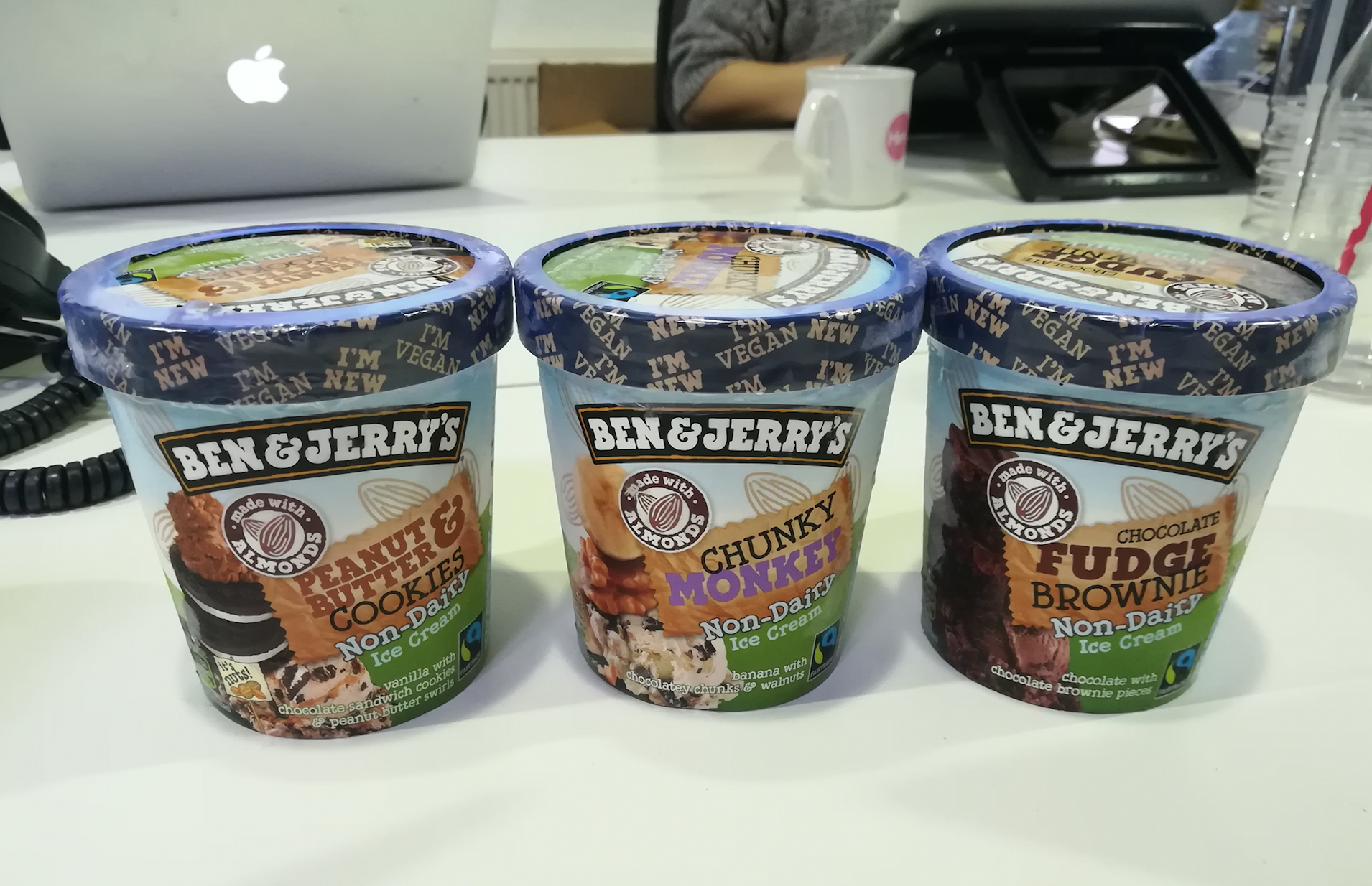 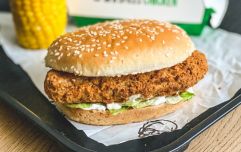 END_OF_DOCUMENT_TOKEN_TO_BE_REPLACED

Kicking milk out of your diet isn't an easy mooove (sorry) but it's one that more and more of us are making.

Now that Ben & Jerry's has revamped some of its classic flavours with almonds instead of cow's milk, we were very curious to see whether we'd be able to taste the difference.

The vegan flavours you'll be able to pick up in Ireland are Fudge Brownie, Chunky Monkey and a completely new one, Peanut Butter & Cookies.

Quick disclaimer: I eat dairy, as do all of my colleagues on the desk here, so we're coming at this purely as ice cream lovers rather than raging vegans. 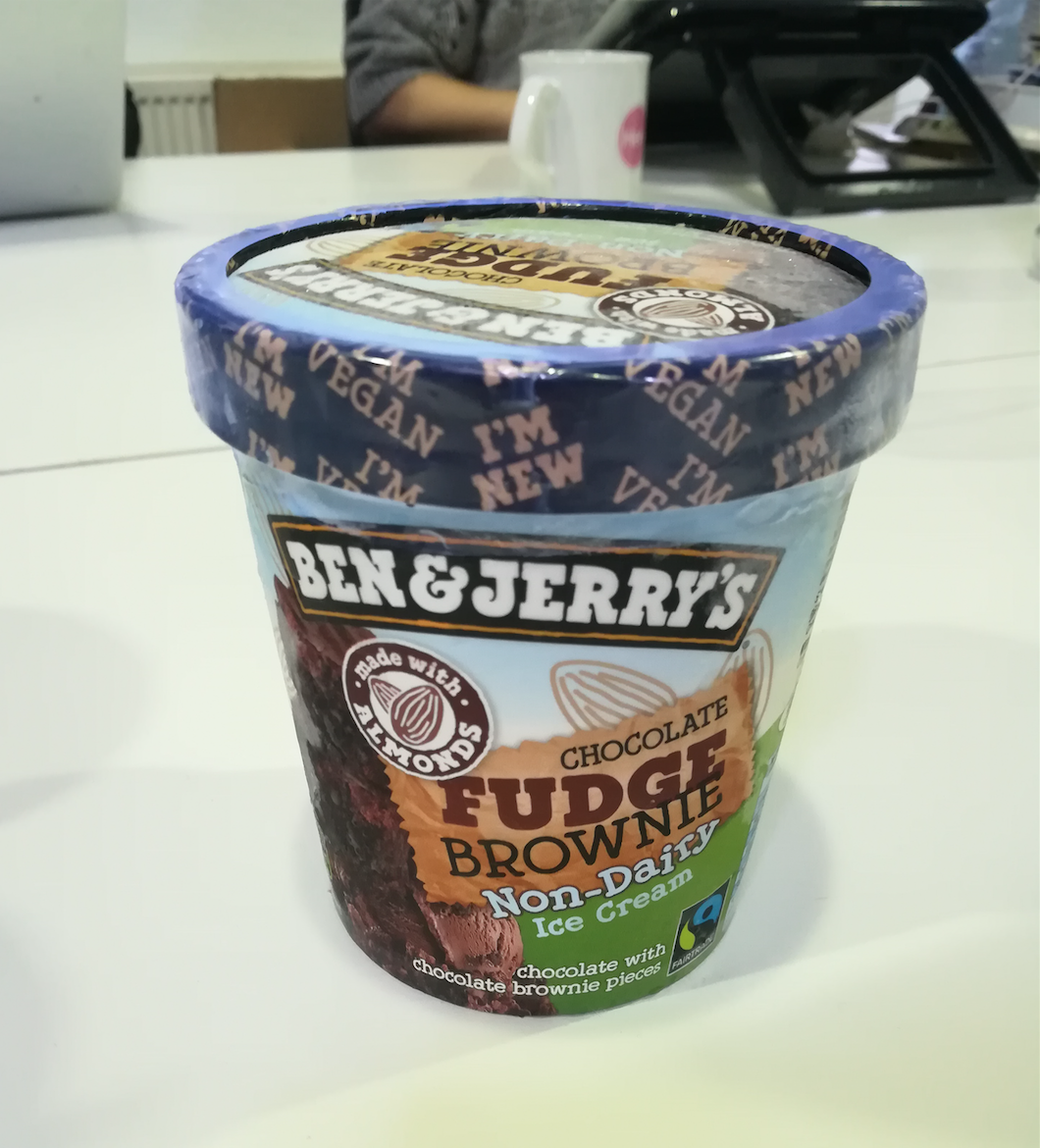 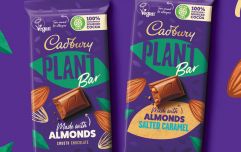 END_OF_DOCUMENT_TOKEN_TO_BE_REPLACED

The brand claims this "brings a taste like no udder" (hands down the best joke I have ever read in a press release), but does it measure up to the original?

Pretty much. The ice cream itself looks identical and has that signature chocolatey whiff the moment you whip the lid off - a big plus in our books.

The taste is super similar too, so you're not losing the chocolatey-ness of the original. The main difference is in the consistency as it's noticeably less creamy, but that's to be expected. One of our girls Louise commented that it's almost like sorbet, so that's the texture you're getting here.

There are also plenty of brownie chunks, which we all know are the best part. 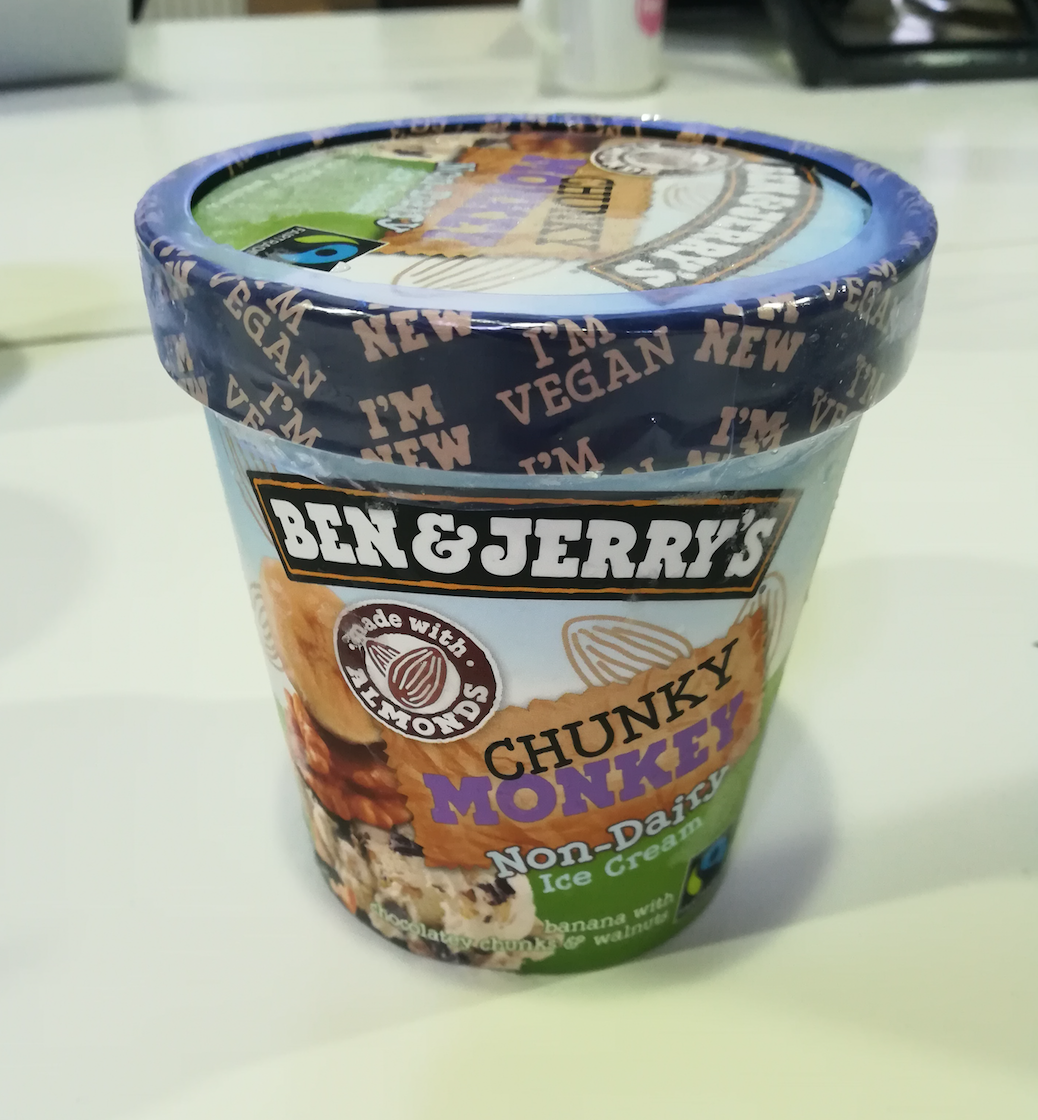 This is a very niche one. If you like bananas or banana-flavoured sweets you'll like this and if you don't, you probably won't.

It's pretty sweet and tastes really strongly of bananas, so much so that the walnut and chocolate pieces are a little bit lost. Like the Chocolate Fudge Brownie flavour, it's also less creamy than it's dairy-based counterpart. 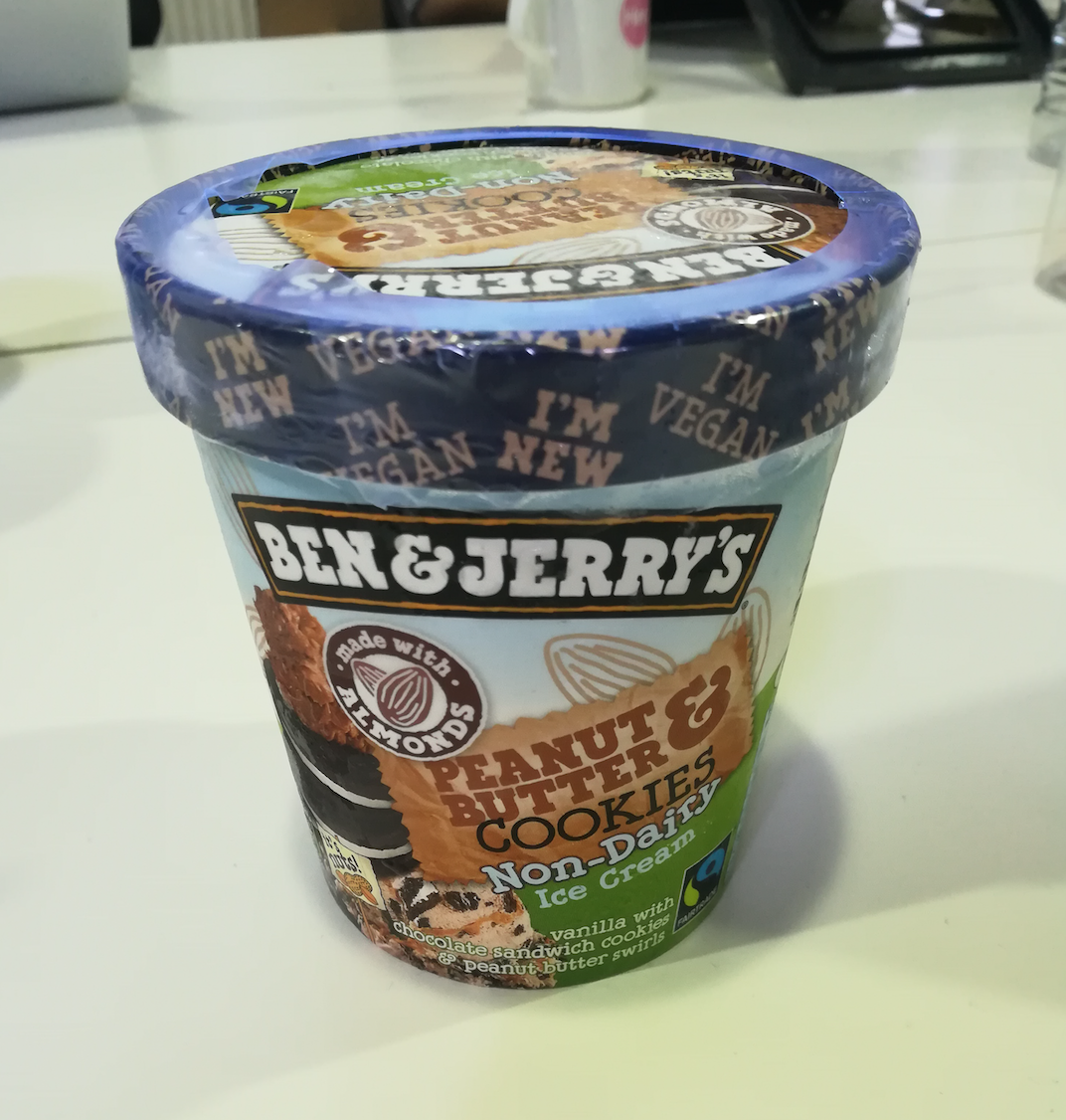 Stop the lights. This is AH. MAY. ZING.

Its ingredients are perfectly balanced - think chunky Oreo ice cream with a decent lashing of peanut butter swirled throughout.

Again, it's a little less creamy than dairy ice cream but you really wouldn't miss it here.

I'd happily tuck into this of a Saturday evening without feeling hard done by and everyone else who tried the ice creams agreed that this one was the clear winner.

If you're a die-hard Ben and Jerry's lover but don't eat dairy, these will hit the spot. If you do eat dairy, I wouldn't say there's any reason to go for these bar the heavenly Peanut Butter & Cookies, unless you'd like something that feels lighter.

Saying that, these aren't actually lighter than the real thing, so don't equate 'vegan' with 'low-calorie'.

Unfortunately, they're also pretty pricey. Each 500ml tub has an RRP of €7.45, well over a euro more expensive than normal Ben & Jerry's ice creams, but in a similar price range as other fancy dairy-free ice creams.

Overall, they were very close to the real thing and worth trying of you're avoiding milk.

The Ben & Jerry's non-dairy ice creams will be in shops from late September.

popular
Mollie King announces death of her father just weeks after welcoming her first child
Stevie Nicks leads tributes following the death of Christine McVie
Gifts for Him: 18 affordable presents for your old fella, brother or boyfriend this Christmas
Here are the first four people officially heading onto Dancing With The Stars
Gwen Stefani reportedly pregnant with baby number four
Science says this is how many dates you have to go on before you find 'The One'
Why Are Men so Obsessed With Boobs? The Answer is Pretty Surprising...
You may also like
1 month ago
Ireland's best vegan friendly wedding venues have been revealed
3 months ago
Tesco apologise to vegans for selling fruit that contain animal products
3 months ago
English town pledges to turn vegan-only with backing of Paul McCartney
9 months ago
Bad Vegan: Netflix's latest con-artist documentary might be the wildest one yet
10 months ago
Struggle with Veganuary on busy days? This Irish food brand is a life-saver
10 months ago
Veganuary - why so many people are doing it and what you need to know to succeed
Next Page