What's the only thing better than afternoon tea? Afternoon tea in a castle – at Christmas!

As many people who know me, and even a few who don't, are aware: to me, afternoon tea is the greatest pleasure that civilised society has to offer. When else do you get to sit and eat for two hours' solid, wash it all down with champagne – and congratulate yourself for doing so?

So, as someone who keeps a keen watch for any new afternoon offerings popping up across the country, I was seriously excited by an invitation to try the afternoon tea at Luttrellstown Castle.

Built in the 15th century, the castle is set on a private estate near to Castleknock in Dublin. After winding through the lush parkland, at the end of the driveway we were greeted by an imposing ivy-covered building complete with turrets. A red carpet led us to a wreath-laden door, which opened to reveal a scene straight from a Christmas movie. 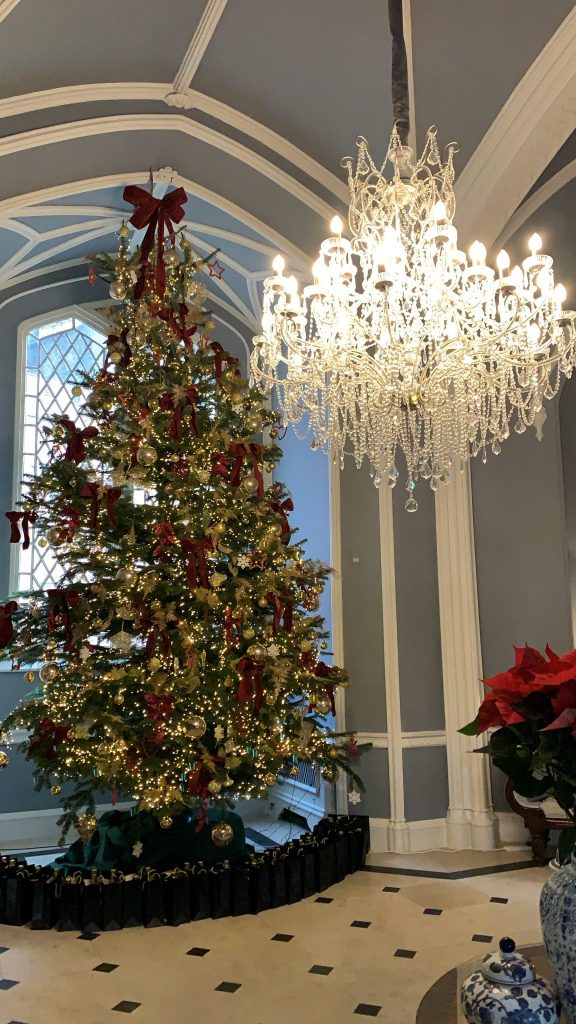 Beneath a breath-taking chandelier, hung from the egg-shell blue vaulted ceiling, stood a huge Christmas tree covered in gold baubles and red bows. We were genuinely wowed for a few moments, before diving for our cameras (the vintage Vuitton steamer trunks in the entranceway are begging to grace your 'gram).

When every inch of the place had been photographed, we made our way to the drawing room for a Queen Victoria inspired afternoon tea – to be eaten under another chandelier, naturally.

Queen Victoria actually visited Luttrellstown twice during her reign and enjoyed afternoon tea there, which is why this new tea has been inspired by the monarch. (Her's team were also inspired by following in the footsteps of a queen to discuss some pressing issues for the modern day royals, which you can watch in our 'Clash in a Castle' video below.) 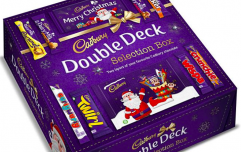 END_OF_DOCUMENT_TOKEN_TO_BE_REPLACED

Next it was on to the scones, which had a fluffy texture – unusual but appealing – and plain, and cinnamon, rum & raising flavourings. I'm not a girl for clotted cream, but there was lashings of butter available too.

I was hugely impressed by the menu of teas, which included 20 varieties across a range of black, green and herbal teas and fruit infusions. Even more pleasing was the individual burner that came with every teapot to make sure your brew stayed warm. 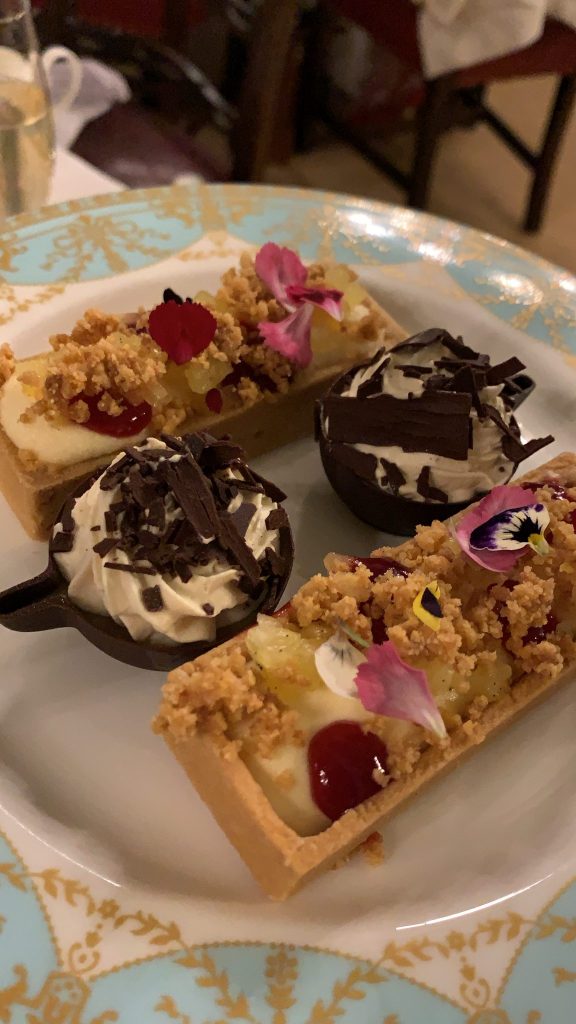 There are TWO layers of cakes included in this afternoon tea. The first featured a blueberry macaron, matcha tea cookie, sugary fruit sweet, a mini gingerbread man and a brightly-coloured blue and red Victoria sponge. On top there was a white chocolate cheesecake and 'Irish coffee cup' – a espresso chocolate cup filled with whiskey caramel and Baileys cream.

Despite having a serious sweet tooth (and, really, are you into afternoon tea if you don't have a sweet tooth?) I found a lot of these desserts to be too sweet to be able to eat more than a bite of each. The standouts were the matcha cookie, which would have been better without a thick layer of icing sugar, and the cute mini gingerbread man with a firey kick. 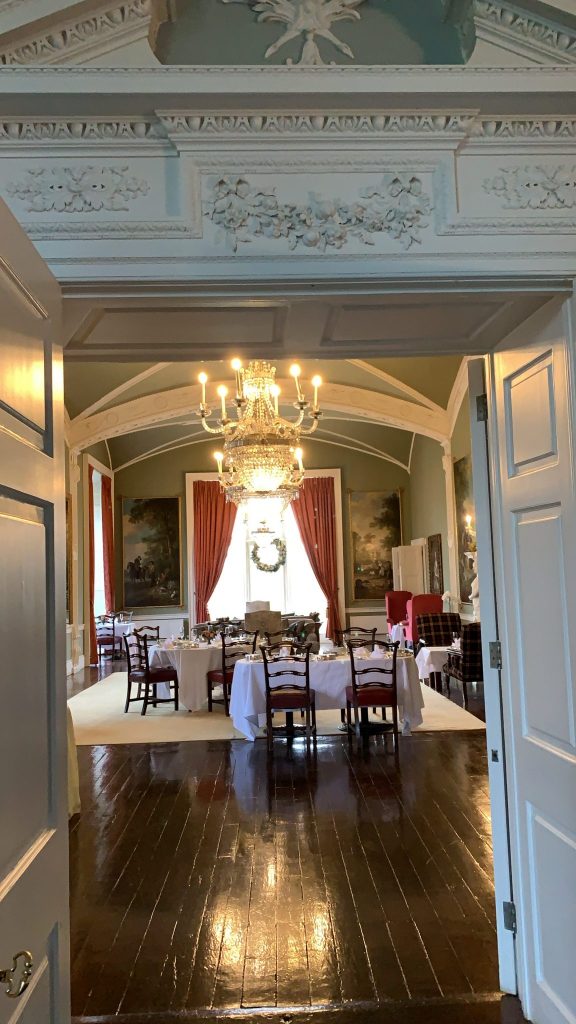 The Luttrellstown Castle Queen Victoria Christmas afternoon Tea is priced at a very reasonable €50per person, with the Champagne option costing an additional €15. I would have paid the full price to enjoy a few hours in the gorgeously-festive setting alone, so for once in my life the afternoon tea was just the icing on top.

popular
"I want to be a mummy:" Sam Smith on their dream to have children
Someone has ranked the penis size of men from all over the world
So apparently Kourtney Kardashian is now dating 20-year-old, Luka Sabbat
The Body on The Cube has finally been unmasked after 11 years
The Queen has banned Meghan Markle from wearing any of Princess Diana's jewellery
Gwen Stefani reportedly pregnant with baby number four
Here's what happens on every day of your menstrual cycle (roughly)
You may also like
1 week ago
Aldi to limit number of Christmas toys customers can purchase
1 week ago
Couple who met volunteering with Team Hope make donating shoeboxes their family tradition
3 weeks ago
Ikea's 2020 Christmas collection is almost here – and it is cosy, nostalgic and perfect
3 weeks ago
'Tis the season: The Arnotts Christmas Shop is open – and it is giving us all the festive feels
1 month ago
The Christmas movies TV channel is launching this week
1 month ago
Brown Thomas has opened its Christmas shop - 99 days before Christmas
Next Page