June 3 marks a time for appreciating cider, learning about cider, and of course, enjoying cider.

To celebrate, new research by Drinks Ireland Cider has shown that cider is Ireland’s third most popular alcoholic drink after beer and wine. 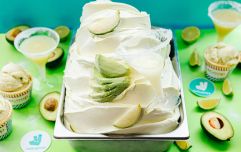 END_OF_DOCUMENT_TOKEN_TO_BE_REPLACED

Pretty good going. That is, until, you consider that cider sales have been declining slightly over the past few years.

These days, consumers are looking for quality over quantity when it comes to their alcoholic beverage choices, but that doesn't mean that cider can't be included in such ventures.

There are countless craft cider brands across Ireland creating delicious, tasty, premium ciders for consumers to enjoy - the only problem is that minimum quantity requirements mean that a lot of them can't be sold directly to the customer.

In the meantime though, why not browse a selection of Irish craft ciders yourself, and blow all your mates out of the water the next time they suggest a Bulmers at the bar 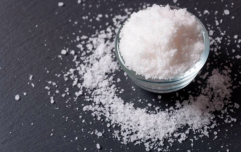 END_OF_DOCUMENT_TOKEN_TO_BE_REPLACED

Imagine a cider but fermented in Bourbon casks for six months before being allowed to mature for 12 months and you've got yourself a bottle of this stuff.

Smokey and woody (in a good way), Dan Kelly's cider is gluten-free and suitable for vegans. It's also far more delicious than most ciders that aren't left alone to mature in a whiskey barrel for an extended period of time. 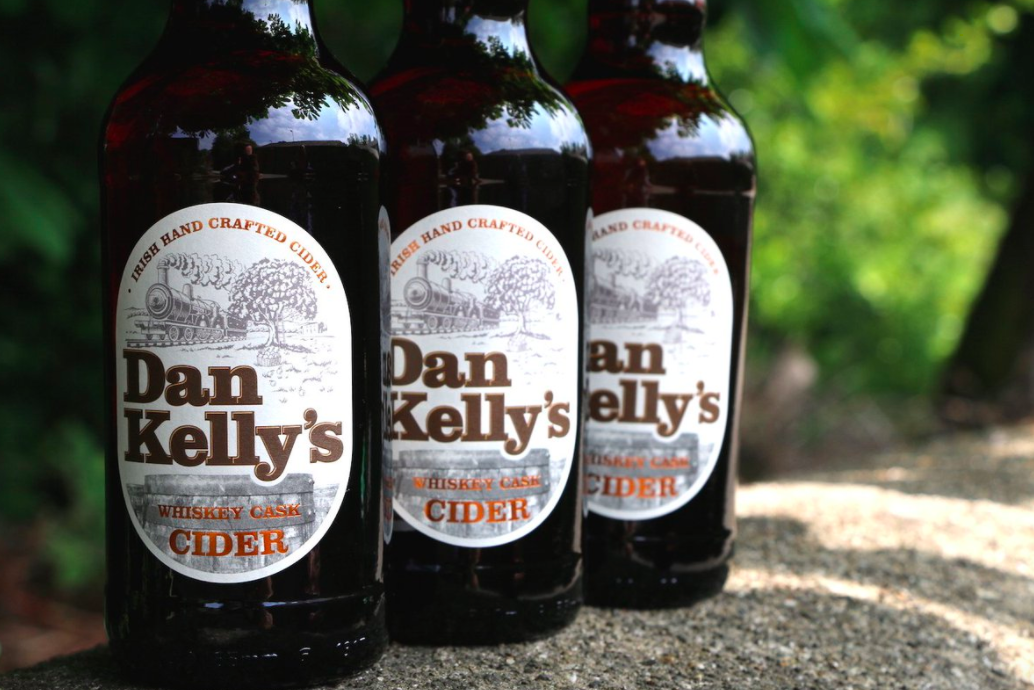 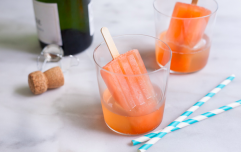 END_OF_DOCUMENT_TOKEN_TO_BE_REPLACED

Tipp's own Longways has been brewing cider in the county's  Suir Valley for a few years now. They've even bagged themselves a few awards for their cider and their elderflower frizzante - so you know it's the good stuff.

Their orchard is also home to 16 bee hives, allowing the insects to pollinate the apple trees and produce delicious natural honey.

What's left is an incredibly fragrant cider that's smooth in taste and in texture. 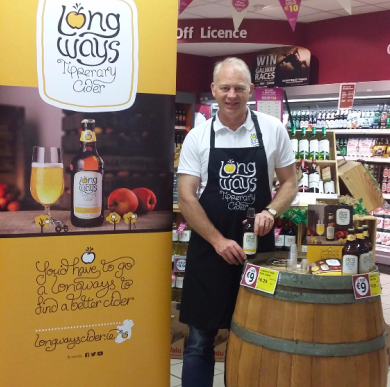 Coming in at an impressive 14% (!), this cider is as far away from casual cans with the lads as you're gonna get.

Sweet, dark, and as rich as one would imagine a high percentage cider to be, Tawny is best served with a dessert, some cheese, or as part of some elaborate cocktail you've been working on perfecting.

Think of it more of fine wine than a classic cider and you're sorted. If you're into your dessert wines, that is. 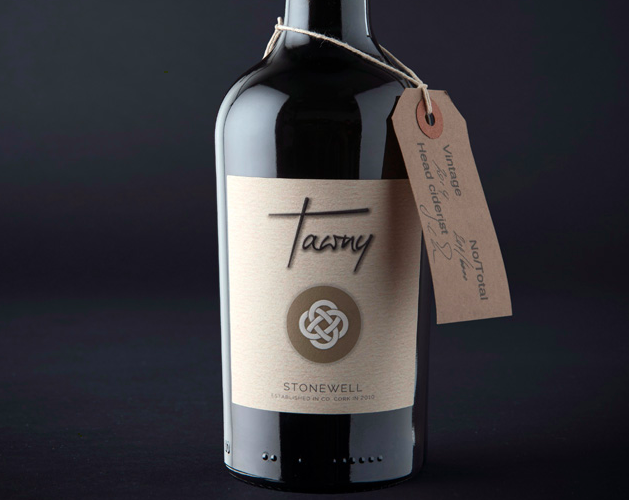 Brewed in Cork and fermented for a full year before being bottled, Longueville House's latest cider offering is called Mór - and Mór it is.

At 8% and fermented for 12 months in apple brandy casks, this particular cider has got a smokey, fresh kick that you wouldn't usually get from your standard apple-based alcoholic drink.

Just go easy on it, yeah? 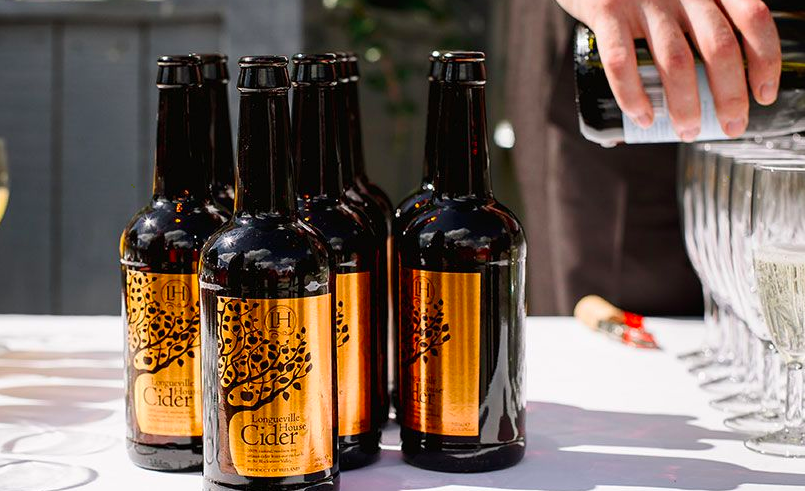 A little something for the 0% among us, the aforementioned Stonewell have also got a non-alcoholic cider brewing in their barrels.

The cider is fermented before the alcohol is entirely removed using osmosis, leaving the delicious taste of the brewed apples with none of the alcohol percentage. 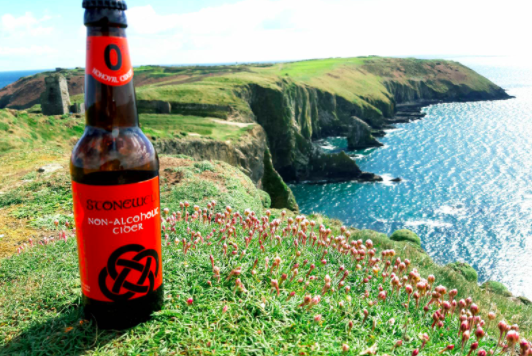 While a lot of cider you'd grab in cans is made using a lot of additional sugar and water, most craft ciders aren't.

Con's is one of them, using at least 85 percent of apples in their drinks to ensure that their product as 'real' as can be. 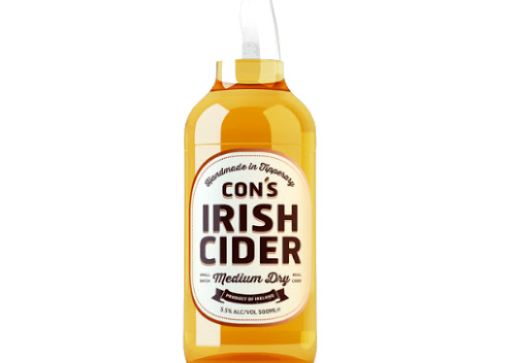 Award-winning, tasty, and pumped full of history, Legacy's craft cider is sweet and dry, while still having a freshness that's often lost with other dry ciders.

It's also naturally gluten free and vegan. Everybody wins. 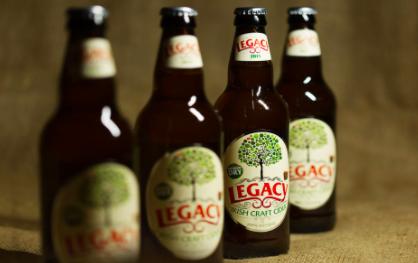 Girls With Goals || Her · Ep.160: The Beauty Of Coaching - Hayley Harrison joins us from Sport Ireland
popular
More footage of Tristan Thompson cheating on Khloe has emerged
Amy Schumer reveals that her husband Chris Fischer has autism spectrum disorder
Someone has ranked the penis size of men from all over the world
Kate Middleton has addressed the rumours that she's pregnant with her fourth child
Here's what happens on every day of your menstrual cycle (roughly)
Woman gives birth to nine babies
Chris Evans Reveals Cancer Scare During Breakfast Radio Show
You may also like
1 day ago
Stephen Donnelly to seek minimum alcohol unit pricing approval today
6 days ago
You can buy Four Loko in Ireland now
1 week ago
Wham Bar, Cola Bottle and other retro ice pops are coming to Iceland this summer
1 week ago
Cookie butter lattes are trending on TikTok and here is how you make one at home
2 weeks ago
Fulfil launch new chocolate caramel protein bar... into space
2 weeks ago
Your McDonald's fries will never go soggy again - if you leave the bag open
Next Page