Self isolation can be isolating - it's in the name

Staying in has become the new going out.

So has cancelling plans that fall over the next few months, keeping a solid one metre distance between yourself and strangers, and washing your hands until the skin breaks.

There's a certain privilege that comes with being a young, fit, healthy person during a pandemic such as this.

My own comes in the form of my ability to do my job from home. My parents are young and healthy. I live in a location that makes it easy to avail of shops, supermarkets, and public parks. I know how to use FaceTime.

For a lot of us, the coronavirus is something we need to be wary of for the sake of others. Social distancing is an inconvenience that will eventually end. Self isolation for two weeks is the worst it could get.

Since the outbreak truly took hold of Ireland, countless people have lost their jobs as businesses both small and large lay off staff that they inevitably won't be needing for the foreseeable.

Elsewhere, musicians, comedians, makeup artists, and freelancers have found themselves with reams of cancellations - bookings that ordinarily would have meant a steady income for the next while, gone.

And for those still working (but questioning why they still are), there's the uncertainty. Retail staff who continue to clock in every day, liaising with managers who know little more than they do, waiting to see what happens to them if their store inevitably closes.

It was just one week ago, but it feels like a lifetime. 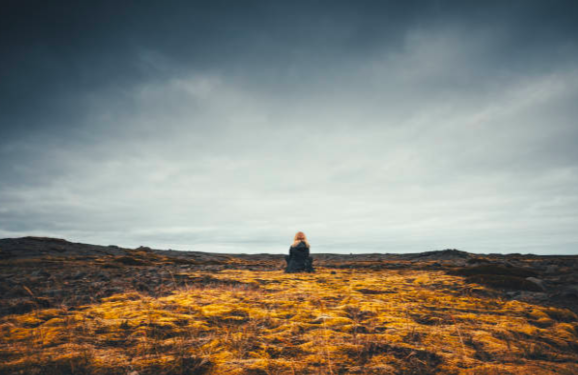 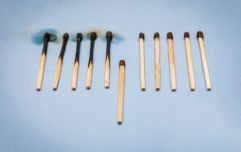 #SocialDistancing: "This is a marathon, not a sprint" Dr. Doireann O'Leary on social distancing

END_OF_DOCUMENT_TOKEN_TO_BE_REPLACED

It's easy to discredit an internal concern as futile, to ignore anxiety for fear of offending others.

After all, who are we to complain about missing our friends, hugging our colleagues, and spending lazy spring evenings in beer gardens surrounded by people? Not when others are sick. Not when we're not.

But the reality of this new normal that we find ourselves in is that daily life has been entirely disrupted, and that it's completely OK to feel disrupted too.

Staying home all day can be tough. Being away from the physical presence of people we love can be lonely. Self isolation can be isolating. It's in the name.

The likelihood is that these feelings (like the outbreak itself) will, for a lot of us, continue into the early summer months. Already over the past week, I've been up and down far too many times for a person who's been spending her days meandering exclusively between the sitting room, the park, and SuperValu.

Simply taking it day by day sometimes doesn't seem good enough. Hour by hour is more tangible, manageable, until the day when we're finally told that we can enter crowded rooms again, stand close to our friends, hug the people we've missed.

Until then though, there is much to worry about - and much to be allowed to be worried about. But there are also some things, smaller things, that we can be grateful for too.

Like the eagerly anticipated return of the sun in the morning, good WiFi connections, and long walks in parks that haven't seen so much footfall since last summer.

There's the unwavering support of strangers on the internet, live stream gigs, and yoga classes that you probably wouldn't have bothered going to in real life anyway.

There's the knowledge that at some point, life will be back to normal - bringing with it all of the older, now duller, anxieties that came with it.