Focused On Fitness? Fascial Training Is The Next Big Thing

From resistance training to Zumba, it seems that every year brings a new fitness craze and those in the know are predicting that fascial fitness is the next big thing.

Most regimes currently focus on working the muscles but new evidence has suggested that the bodywide fascial network may play a more important role in than previously thought. The term refers to a web of connective tissues across the body that could be considered the body's largest sensory organ and it is now believed that a well trained fascial net could optimise performance and coordination for athletes, as well as reduce the risk of injury.

Estelle Birdy is one of the leading yoga instructors at The Olive Tree Studio and Ireland's only qualified fascial fitness training, which is based off Camden Street, and says that the studio has decided to integrate the techniques into selected classes from September in an effort to offer their clients the best overall body workout. 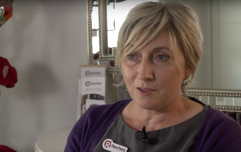 END_OF_DOCUMENT_TOKEN_TO_BE_REPLACED

"Up until relatively recently, the body's fascial system, was largely ignored by the medical and scientific community. Anatomists cast it aside, seeing it only as packing material in the body. In the past five years, we've come a long way and this scientific area is developing every day. We now understand that we can train, tone, release and lengthen the fascia in order to prevent injury, improve and maintain flexibility and enhance sports performance. This new knowledge is very important for those involved in sports, fitness and movement therapies in particular."

Estelle has been travelling far and wide to learn more about the practice and will share her findings in an upcoming workshop at the studio on September 6th. The session will explore how to move through the fascial system and use techniques from Dr Robert Schleip's Fascial Fitness and Sue Hitzmann's MELT Method in yoga practice.

The workshop will be one of two focusing on fascial fitness and further information is available here.

To view the full timetable and more details, see www.olivetreedublin.com.

Girls With Goals || Her · Ep.156: 'Beauty Returns' - Rebecca O'Keeffe is BACK and we're talking about viral beauty trends
popular
A royal insider has revealed the truth behind Meghan and Kate's rumoured feud
Palace source says THIS incident on the tour of Australia upset Meghan's staff
The Queen has banned Meghan Markle from wearing any of Princess Diana's jewellery
Meghan Markle's old CV has emerged - and it seems she lies like the rest of us!
Kate Middleton has addressed the rumours that she's pregnant with her fourth child
A letter to my daughter on International Women's Day
Lorraine Kelly has some extremely harsh words for Meghan Markle
You may also like
5 days ago
Woman arrested after multiple Garda cars chase vehicle from Ballymun to Wicklow and back
1 week ago
Teenager seriously injured in Dublin shooting
1 month ago
Deliveroo workers in Dublin seek meeting with Gardaí over threat of knife attacks
1 month ago
Central Bank to become the new headquarters for Pokemon
1 month ago
Teenage boy stabbed to death in Dublin
3 months ago
3 Dublin Christmas markets we're dying to check out this weekend
Next Page