'I would just love to have a baby': Maeve Madden on polycystic ovary syndrome and fertility

We can't talk about fertility without looking at the reasons that women struggle to conceive.

One of the major natural causes of infertility in women is polycystic ovary syndrome (PCOS). It's a condition that affects an estimated one in ten women, but do you know what it is and how it can affect reproductive health?

END_OF_DOCUMENT_TOKEN_TO_BE_REPLACED

It occurs when a woman's ovaries contain multiple benign cysts. These sacs are actually egg-producing follicles but the eggs they develop never mature fully enough to cause ovulation.

The condition also sees an imbalance in sex hormones and a higher level of male hormones being produced in the woman's body. This can disrupt menstruation, meaning sufferers may not get regular periods.

It can also cause an imbalance in insulin levels.

Symptoms of PCOS include: 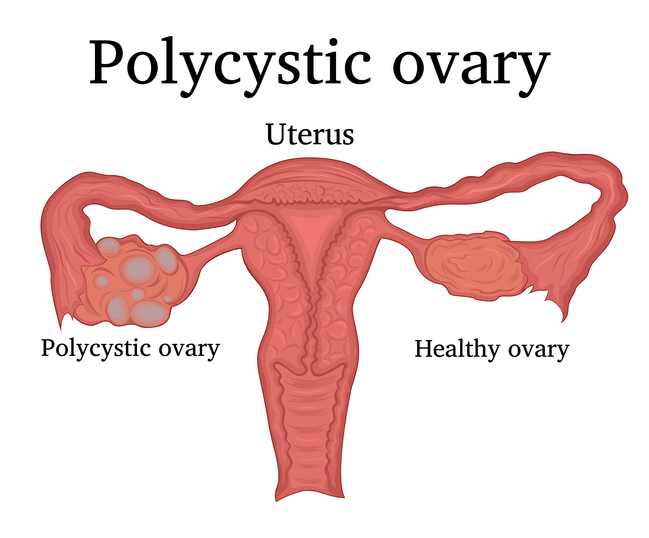 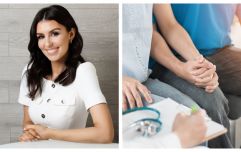 END_OF_DOCUMENT_TOKEN_TO_BE_REPLACED

How can it affect fertility?

Ovulation might not occur regularly in sufferers because of higher levels of male sex hormones like testosterone or because of the production of immature eggs.

Even if a woman does ovulate, the imbalance of hormones can mean that the lining of the uterus doesn't develop properly to allow for implantation.

This means it is typically harder for them to get pregnant naturally.

What can you do to boost fertility?

Women may be prescribed medications like the pill or be put on a contraceptive like the coil to help to regulate their hormone levels.

There are also a number of fertility-boosting medicines that doctors can prescribe if a woman is actively trying to become pregnant.

Fertility treatments like IVF may also be an option.

Lifestyle changes like diet and exercise and regulating stress can also help to manage symptoms and help with the chances of conception.

Every woman will be different, so it's important to talk to your doctor if you have PCOS and are trying for a baby.

Someone who firmly believes in a more natural approach is Maeve Madden.

As well as having to put up with symptoms like acne and bloating around her stomach, she was told that she would struggle to have a baby when she was first diagnosed with the condition over ten years ago.

"I was absolutely devastated," she tells us.

"I remember I called mum when I came out straight away and she was devastated and I said no, I’m going to talk to someone else."

She sought opinions from several doctors and was given varying answers over the years.

Maeve then began to work with a doctor from the US with a background in nutrition and found that adapting her lifestyle could have a big impact on her symptoms and her fertility.

She turned away from using hormones to control her PCOS earlier this year after learning that using the coil for several years had actually compounded her fertility issues.

"I have a massive fibroid (a growth in the uterus) which is the size of a nectarine at my cervix," she says.

"It wasn’t there before I had the coil but it’s because it disrupts your hormone level in that area.

"So although it was supposed to help with the PCOS it’s now caused another issue."

She now focuses on her diet and exercise to help deal with her condition and hopefully boost her chances of conceiving in the future, citing New Zealand-based nutritionist Claire Goodwin as an expert she's turned to.

Becoming a mum is something she'd like to do in the next few years, she says, and she knows that there are lots of different ways of making that happen.

"Even if you asked me a few years ago I would have said no, absolutely not but I feel like now something has just clicked.

"I’m like, what?! I hate other people’s children! And now I’m like I would just love to have a baby.

"I’m not trying. I would like to get married first but if I did get pregnant that would be amazing.

"If I couldn’t have kids myself and I froze my eggs and they were fine, I don’t think there’s anything wrong with getting a surrogate, if you have the money to do these things. Then there is IVF too."

Maeve is keen to stress that just because a woman has PCOS it doesn't mean she can't become a mother.

She says that even in the ten years since she was diagnosed, there have been loads of advances both in the thinking around PCOS and in fertility treatments.

"I want to try within the next two to three years but we don’t know with the girls who are in their teens to early 20s... we don’t know will there be something different for them.

"I get messages about fertility and PCOS every day. I always think that girls are very worried about it but I've had more positive stories sent to me than negative ones, which I love.

"I’ve had so many say, 'I tried for so many years and now I’ve got four kids or three kids' or 'I came off contraception and within six months I was pregnant', so there are there are so many stories of positivity."

popular
Brighten up your Christmas with these affordable festive lights, coming to Lidl next week
Shawn Mendes (24) is reportedly dating Dr Jocelyne Miranda (50)
Irish wellness brand cancel Cork pop-up following explosion on ship full of stock
Why Are Men so Obsessed With Boobs? The Answer is Pretty Surprising...
3 simple tips to get your nails in shape ahead of Christmas
Apparently this is the best date to put up your Christmas tree
Love Island's Davide says Ekin-Su is 'wife material'
You may also like
5 months ago
Doctors urge women not to follow Kourtney Kardashian's 'semen' fertility advice
7 months ago
State funding for IVF to begin next year, Donnelly says
10 months ago
Selling Sunset's Heather shares "great news" after fertility clinic visit
11 months ago
Egg freezing: New research shows women have as little as a one in five chance of conceiving using frozen eggs
1 year ago
Rosanna Davison speaks out against legislation not recognising her as Sophia's mother
1 year ago
New campaign busts these common fertility myths
Next Page