Lad tries to mansplain the vagina and vulva to a gynaecologist, fails

"The correct word is vagina." 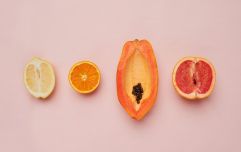 Why so 'private'? A lot of women are too embarrassed to talk to their doctor about their vagina

END_OF_DOCUMENT_TOKEN_TO_BE_REPLACED

In fairness, it's not difficult to see where all of the confusion once arose from.

As kids, we're taught that boys have penises and girls have vaginas - and that's it. Nothing about vulvas, very little about the cervix, and hardly anything about the labia until we hit puberty and sex ed becomes a thing (well, sort of).

You can't really blame people for getting a little mixed up from time to time. 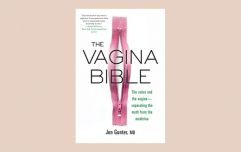 END_OF_DOCUMENT_TOKEN_TO_BE_REPLACED

But you can blame them for refusing to admit that they messed up a bit - especially when they go off and try to mansplain the whole concept of the vagina to a literal gynaecologist.

This all went down when The Guardian shared a photo long form piece entitled 'Me and my vulva: 100 women reveal all.'

Me and my vulva: 100 women reveal all https://t.co/KkiSDc2bjm 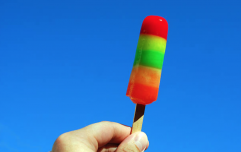 Don't put an ice lolly in your vagina to cool off during heatwave, warns doctor

END_OF_DOCUMENT_TOKEN_TO_BE_REPLACED

The piece featured 100 photos of 100 vulvas and chatted to the people who owned them.

It received a generally very positive response on Twitter, but the standout comment that made it to the top of everybody's timeline was, of course, the guy who said: "The correct word is vagina."

The correct word is vagina.

Lots of people told him so too - including a literal gynaecologist who produced a handy diagram to explain the difference between the vagina and the vulva.

Paul was having none of it though, and proceeding to justify his use of the word.

So @paulbullen here is where you mansplained to me — the correct use for the article was vulva, the common use vagina could not have applied here as it was specifically about loving vulvas and not a general lower repro tract article pic.twitter.com/1Cx7PTnJTN

He argued that he was speaking about "ordinary language" where people tend to refer to that part of the body as a 'vagina' in common speak.

However, the article was about the vulva and not the vagina, clearly, so Paul in this case, is wrong.

Take a look at his Twitter page to see just how unwilling his he is to accept defeat, as he seems to have replied to every single tweet he received since responding to The Guardian.

Just give it up, man.

popular
Vogue Williams slams man who refused to swap seats with her on plane
Crown Paints advert receives 200 complaints over 'misogyny' and 'everyday sexism'
Adam Collard allegedly attacked on night out with Paige Thorne
Man arrested on suspicion of the murder of Irish man in London
This is why the world is obsessing over Adidas Gazelles
Christine Quinn won't be returning to Selling Sunset
Are we getting a mini heatwave in September?
You may also like
6 months ago
Vabbing: Why people are using their vagina scent as a perfume
1 year ago
Woman praised for sharing how her "outie labia" is normal on TikTok
1 year ago
Gwyneth Paltrow's vagina candle "explodes" in woman’s living room causing fire
3 years ago
Health expert explains exactly what causes THAT after-sex smell
3 years ago
7 things women put in their vaginas but have been warned not to
3 years ago
There are five different types of vaginas but only one that women want
Next Page