One Redditor t-away man recently decided to sit down and have the awkward talk with his children.

He wanted to speak to his 13 and 15-year old children about sex – and what it means to actually be ready to do the deed.

While the conversation might cause some foot shuffling and red flushes, this father of two knows that if he doesn’t have this conversation, someone else might. 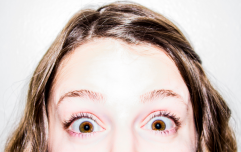 END_OF_DOCUMENT_TOKEN_TO_BE_REPLACED

But to persuade his children, rather than educate them.

‘I am a father of a boy(13) and a girl(15). I told them that it was alright for them to be sexually active as soon as they were "ready". I then went on the say what "ready" means.’

END_OF_DOCUMENT_TOKEN_TO_BE_REPLACED

Listing four signs of being ‘ready’ to have sex, he continues:

2) Mature enough to wait until they develop full trust in their partners... start slow and work your way from holding hands and talking to kissing, touching etc. That gives you time to really know your partner, develop trust and a measure of real affection not just infatuation and lust (don't get me wrong.. I'm not putting down lust... it's just not the best emotion for life decisions).

3) Mature enough to understand the need for and to use condoms.

4) I also told them not to have sex in creepy places like school stairwells or behind the gym. They have perfectly good bedrooms with doors that lock and their friends will be welcome to stay for breakfast. 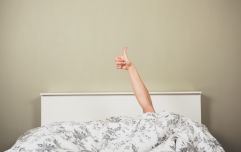 END_OF_DOCUMENT_TOKEN_TO_BE_REPLACED

Not sure how the public would react to his comments, he later posted an update with the feedback, thanking people for their support:

‘I'm pleased and impressed with how much positive feedback I've received, especially from other parents who have implemented similar approaches and from young people who were raised to be sex positive.

I also saw a lot of responses from young people from sex prohibitionist households wishing that they weren't.

While nobody can tell you when you’re ready to sleep with someone, there are some pretty good rules in there for anyone to follow if entering a new relationship.

Waiting to trust your partner, knowing how to protect yourself and doing it on your own terms are all lessons that are just as valid as any ‘sex ed’ class.

popular
Irish girls name was the most used Irish name in the United States last year
Ofcom receives 75 complaints over Jacques' treatment of Ekin-Su
Love Island: Danica sets her sights on Andrew as Luca asks Jacques about his relationship with Gemma
Michael Owen hilariously responds to Love Island's heart rate challenge
Prince William shouts at photographer who was "stalking" his family
Another of Gemma Owen's family could be headed for a reality show
Dublin Airport not ruling out a "flight cap" amid chaos
You may also like
2 years ago
The 10 stages of a relationship as told through sexual positions
3 years ago
9 moves men think are foreplay that are NOT foreplay
3 years ago
This is apparently the 'ideal' age to get married... and we're not buying it
3 years ago
The one thing that couples should do together every day
3 years ago
The three questions you should ask before ending a relationship
3 years ago
Apparently, living together before marriage can have THIS side effect
Next Page