There is an unexpected health benefit to being from the country

There is a benefit to being surround by nothing but fields!

Living in the country can be a pain at times, there might be days when you feel a million miles from civilisation and just wish you had a cinema nearby, but there is one major benefit to being from a rural area.

A new study has found that being surrounded by greenery is of a huge benefit to your health.

Research found that women who live in a greener environment actually live longer.

While it may seem obvious that being surrounded by nature is good for you, even the researchers themselves said they were amazed by just how significantly it affected life expectancy.

"We were surprised to observe such strong associations between increased exposure to greenness and lower mortality rates," researcher, Peter James of the Harvard Chan School Department of Epidemiology, according to Yahoo.

"We were even more surprised to find evidence that a large proportion of the benefit from high levels of vegetation seems to be connected with improved mental health."

108,630 American women took part in the study from 2000 to 2008. Their risk of mortality was compared to how much greenery there was where they live. 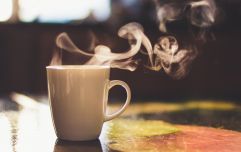 END_OF_DOCUMENT_TOKEN_TO_BE_REPLACED

People who lived by lots of plants, vegetation and parks have a 12% lower mortality risk than people who live around little or no greenery.

There are a few reasons for this, people who live in rich green landscapes are more likely to spend time outdoors, exercising and socialising, which are good for physical and mental health. There is also likely to be much less traffic which causes a lot of air pollution as well as noise, which means you'll have healthier lungs and fewer headaches.

So next time you're looking out your window at a green field full of cows, be thankful because it could mean that you live longer. And if you happen to live in the city, get yourself a few plants for your apartment and plant a small tree in your garden, it's for the good of your health!

popular
Bacteria watch: 7 dirty things to clean in your home immediately
Irish influencer Lisa Jordan reveals her little boy's name and it's so cute
WATCH: Former 'Charmed' actress shows off shocking hair loss due to COVID-19
It turns out we may have been brushing our hair wrong the whole time
90-year-old grandfather comes out as gay in viral post and inspires millions!
The 2021 Ikea catalogue has been revealed – and it is filled with ideas and inspiration
5 water bottles that will keep you hydrated and your water extra cold!
You may also like
3 weeks ago
Tried and tested: 3 TikTok hacks, including tanning your back and folding towels
1 month ago
Love to travel but hate to plan? This Irish experience planner will sort out your entire itinerary
1 month ago
'Extremely isolating': LGBTQ+ homeless community faces more challenges
1 month ago
We need to rethink the ways we treat survivors of abuse
1 month ago
85 percent of women have increased care responsibilities since #Covid-19
1 month ago
What is gaslighting? And how do I know if it's happening to me?
Next Page